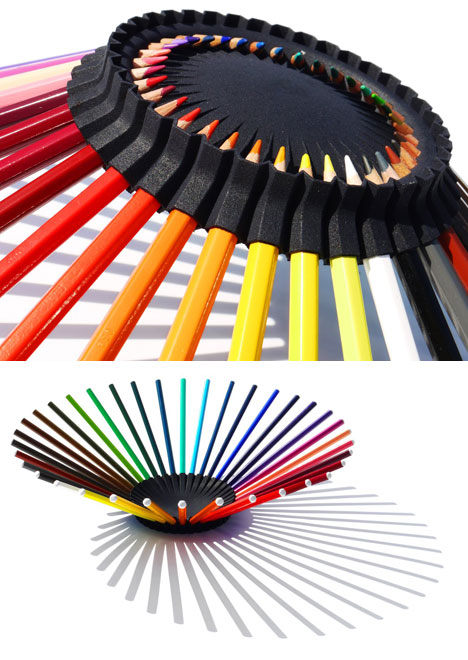 You may recognize the name Michiel Cornelissen from his 36 Pencil Bowl that made the blog rounds last year, seen above. A less-seen but equally clever creation from the Dutch designer is his "A Bit Cross" pendant, below. The stainless steel piece offers up tool bits in Philips head, square drive, and in a sign of the times, Ikea hex. It also satisfies a religious purpose, of course; presumably if Cornelissen were Jewish he'd have the increased functionality of two extra bits. 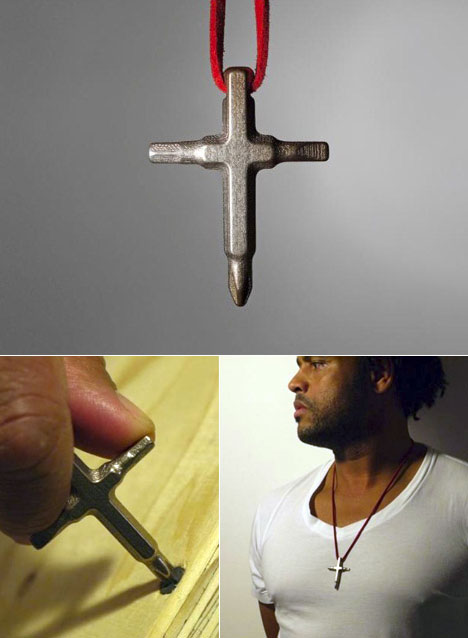 Both of these pieces were manufactured by NYC-based rapid prototyping firm Shapeways, which can produce objects in glass, stainless steel (even gold-plated), sandstone, and plastic in both acrylic and ABS. They've also just opened a Netherlands facility in Eindhoven, centered around a German-made SLS machine that can "print" objects up to 7.9" x 9.8" x 13" in size and ship them out to you within 48 hours.

Check out more of Cornelissen's stuff here, and learn about Shapeways' materials here.