The Economist reports on Rapid Prototyping 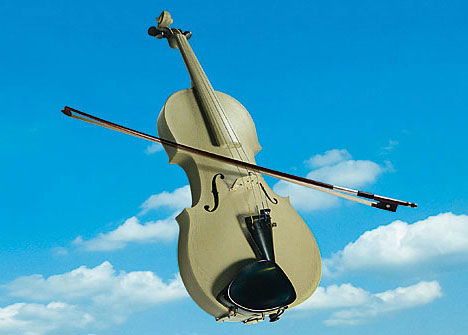 Ten years ago the words "rapid prototyping" would have been met with blank stares from anyone not an industrial designer, engineer or factory guy. So we're excited to see RP has grown to the point where it's the cover story of this week's Economist.

In that publication's style, the leader article is a general overview of RP's disposition, but it's still filled with plenty of facts to interest those of us to whom it's old hat (RP uses roughly 1/10th the amount of material as regular manufacturing; a 3D printer is currently cheaper than a laser printer was in the '80s; it's price-competitive with injection molding at runs of roughly 1,000 units).

The meatier feature in the middle takes a closer look at what's going on in the RP world, from people working towards being able to print an entire airplane wing and creating designs that would be impossible to manufacture using conventional techniques, an area whose surface has barely been scratched. And by looking at everyone from companies like consumer-level Shapeways (whom we mentioned this morning) to the companies that make their printers, they draw conclusions about where the business is going and, most importantly, what it means to us. (That's "us" as both designers and consumers.)

Well worth a read, hit it up here and here.

The Economist reports on Rapid Prototyping