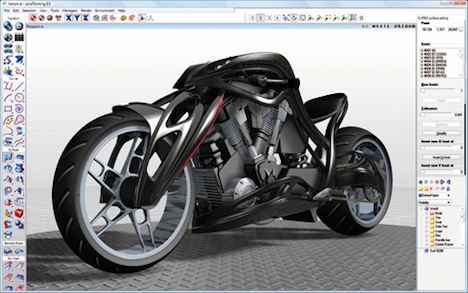 solidThinking, creators of powerful 3D design software for industrial designers, pride themselves on creating tools which allow for rapid ideation and iteration in the early stages of 3D form development. We like to think of their software as the "thinking designers" rapid toolset, ever since they wowed us with their Morphogenesis form creating tools in release 8, which allowed designers to iterate biomorphic structurally informed creations. With the just announced release of solidThinking 8.5 and solidThinking 8.5 Inspired, the company promises over 900 new features emphasizing the application's performance and improved real-time rendering.

Check out a detailed series of new feature videos at solidthinking.com where you can also signup to download a trial version of solidthinking 8.5 for your Mac or PC.