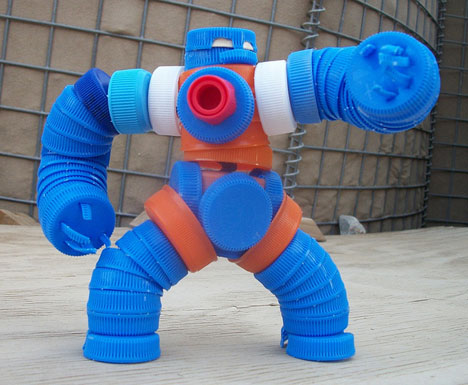 "That stuff you see on the A-team like welding things together and jerry-rigging stuff is really what happens out here," says Private First Class Rupert Valero, who's stationed in Kandahar, Afghanistan. "We make-shift things out of anything to meet the need of the occasion." 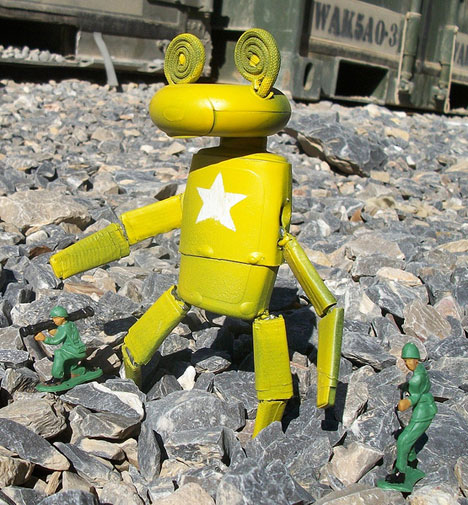 One of Valero's off-duty pursuits is gathering locally available junk and turning it into articulated action figures. In a part of the world where recycling and playing with toys are probably the last thing on many people's minds, Valero realized he could put these two things together and produce something positive:

It's allowed me into interact with the local nationals when I roll out our forward operation base. Toys are universal, be it in mainstream America, or way out in the middle of the desert. There is something wonderful when imagination is spurred up, and if I can do my part and bring a smile to a child, it may deter them from doing something they shouldn't. 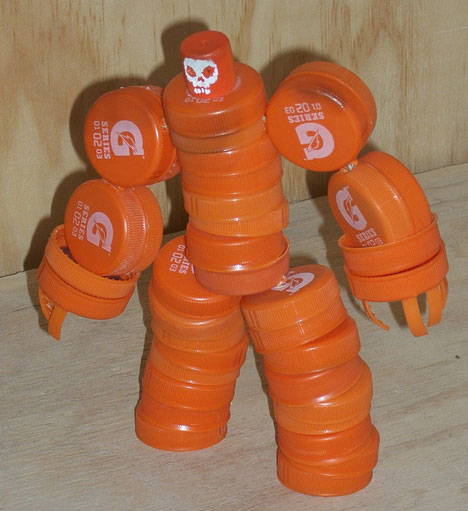 As of five days ago some of Valero's creations are up for sale on Etsy. The quotes above are taken from an interview with him that you can check out here.