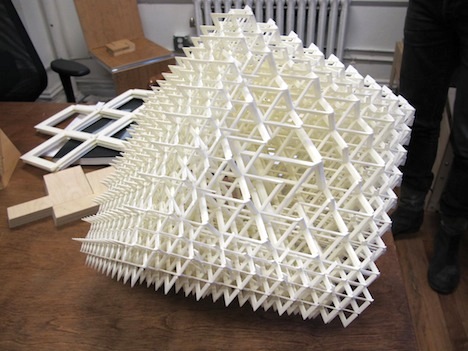 Core77 had the opportunity to be invited into Dror Benshetrit's Studios to take a glimpse at QuaDror, his new structural joint. QuaDror is a lap joint construction that provides for limited freedom of movement without the use of a traditional pin. The design is elegant enough to prompt wonderment that it hasn't already been built in the world, even as forgotten carpentry. By superimposing two lap joint frames with miter cuts, Dror makes the formation of a collapsible structure possible. Once a load is applied to the top of the two frames, it spreads out to an optimal angle for load distribution. Dror said that the finished structure could attain the strength of a correspondingly wide concrete or steel structure while using only 20% of the material. 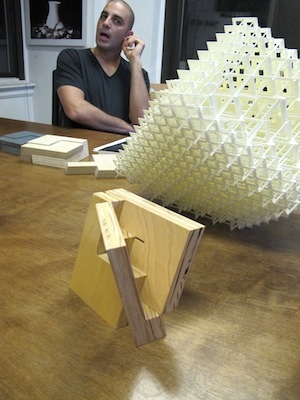 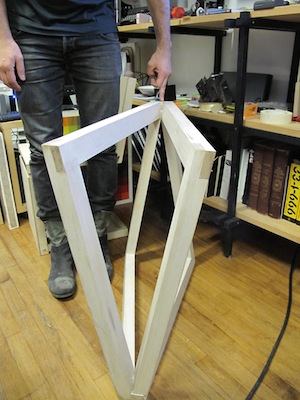 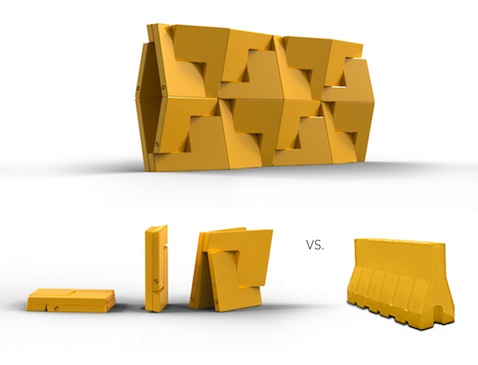 Just unveiled at the Design Indaba conference in Cape Town South Africa, Dror sees a future where his joint could be used in everything from modular housing to wind absorbing highway barriers. As is appropriate for the Indaba conference, QuaDror can also easily be deployed as the basis for emergency housing. Using only the "knuckle" of his joint as a jig allows the fabrication of a strong foundation upon which local sustainable materials (bamboo, wood, etc.) could be used as trusses. Manufacturing the precision high load "knuckles" in steel would make emergency shipping extremely manageable. Further, due to the weight efficiency of his product, even QuaDror made of steel I-beams on a housing scale can be lifted by a few human beings without the need for additional equipment. 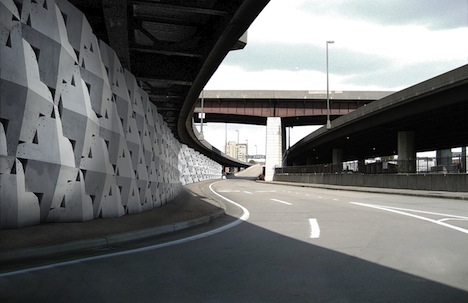 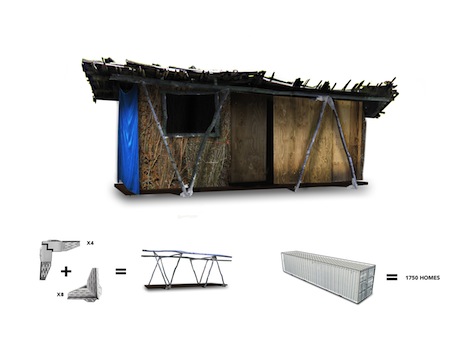 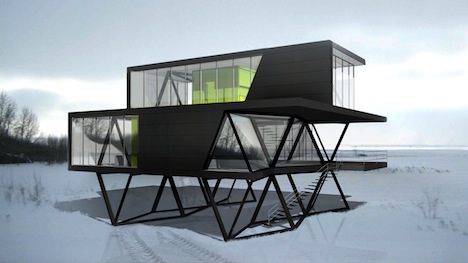 Dror plans to release the joint as a shareware license for distressed areas while the aestheticly oriented (and correspondingly wealthier) developed world would need to pay to see it in deployed in contract furniture, or as rapid prototyped shells for lighting. We look forward to QuaDror being unleashed into the world. Check out the below Quadror Video.

QuaDror from Dror on Vimeo.