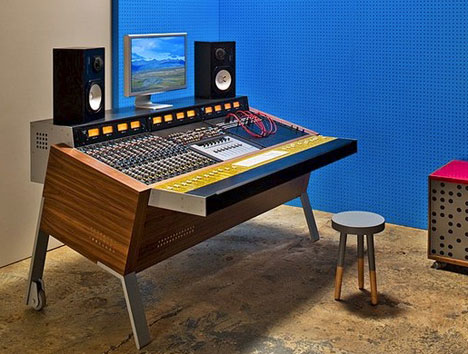 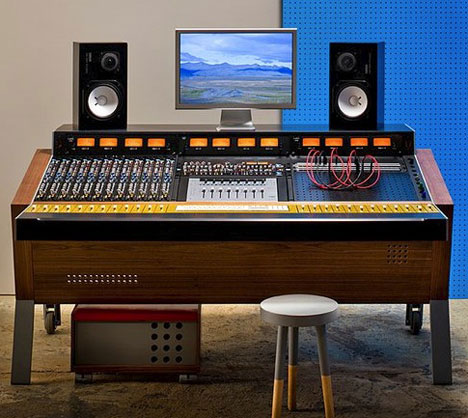 Chambard's partially-wheeled solution is sort of Mid-Century Modern meets Captain Kirk. The console, which is completely collapsible in case it needs to be transported, is eye-catching from any angle; but from the user's position the design more or less disappears, allowing the operator to focus on the music. 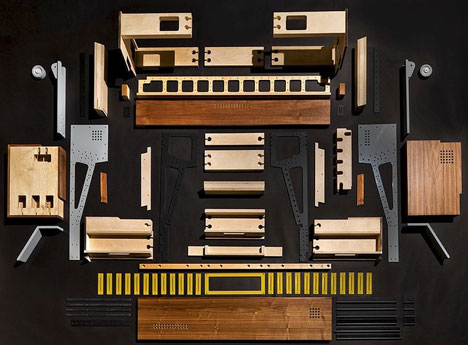 NYC-based sound magazine Sonic Scoop took a look at how the two collaborated: 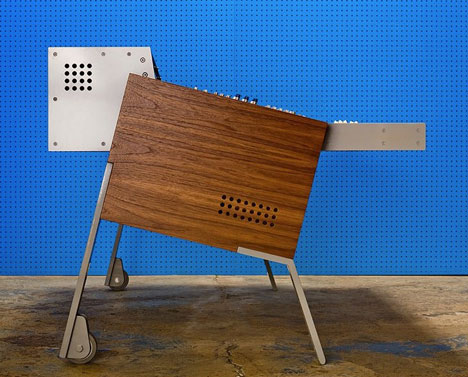 What is surprising is just how much Farmelo and Chambard found in common as they compared notes. For visual cues, they initially bonded over mutual appreciation for classic mid 20th century design, Scandinavian minimalist sensibilities, and the landscape and architecture of Iceland. And as for process?

Chambard, a soft spoken and thoughtful craftsman, could also identify with the analog/digital duality of the recording world: "My process is analog, but I embrace the digital world as well. I like to think of it as "techno-craft." Borrowing back and forth between the contemporary computer-assisted world of industrial design, and the tradition of craft and handmade goods."

Farmelo elaborates: "Francois has the challenge bringing industrial steel and wood together, and I have the challenge of bringing a software arpeggio and a string quartet together. We have to both highlight those differences and blend them together in a way that works."