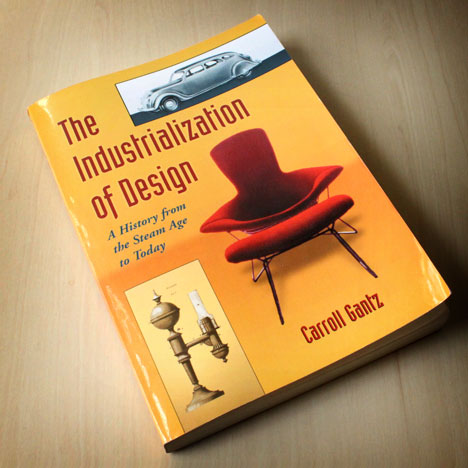 A focus on industrial design can make a book reviewer feel a little like a middle child. ID books will appear in the architecture section, occasionally in graphic design and sometimes even in the art section. Rarely is industrial design given focus in the United States. Carroll Gantz's The Industrialization of Design is the first history of design we've seen in quite a while and also serves to explain the diminished status of industrial design in this country as compared to Europe. The book opens tracking the "Twin Revolutions" in industry in the United States and Britain, walking the reader from the origins of design in both countries into the seamless multinational production effort that is most ID today.

The cover and interior design lack the polish of a typical design coffee table book but serve to foreshadow the book's functionalist creed. Most industrial design history is taught as composites, taking books with very focused topics (e.g. Bauhaus, LeCorbu, Modernism) and synthesizing them into a relatively linear, if overlapping, narrative. As a former director of the ISDA and long time teacher, Gantz has put all that synthesis in one place, and it's a lot. 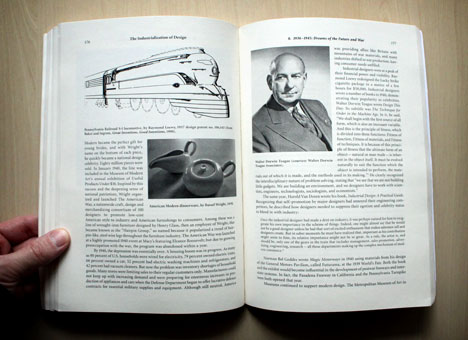 Each chapter is thematically organized with titles like "The 'New' Decorative Art" or "Dreams of the Future and War," but the main thrust is linear and chronological rather than topical. It's packed with information all the way down to the names of individual craftsmen in clock workshops. Some, like Eli Terry, may be tracked from apprenticeship into his eventual success, but unlike the many "histories" on the bestseller shelves, Gantz does overlay conflicts and struggles over the history in order to invest the reader emotionally. The successes and failings that happen over time, in his book, are dealt with as historical facts, and are neither to be cried about nor celebrated, only understood. What is to be celebrated instead, is the inextricable tide of progress based on human ingenuity.The Industrialization of Design is not a beach read, but for those curious about why the design industry functions the way that it does, it's a treasure trove of information: e.g. the Luddite movement was named after a fictional King Ludd, Biedermeier was initially a caricature of a man with no taste from German newspapers, etc. We found the early tidbits to be fascinating; but the book became progressively more interesting as we traced the industrialization of design from it's pre-industrial origins into the present day because the experiences of the individuals involved grow to more closely resemble the way life is now. 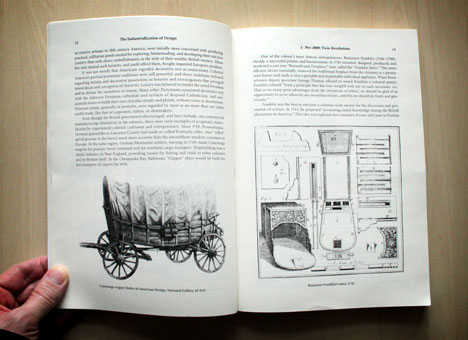 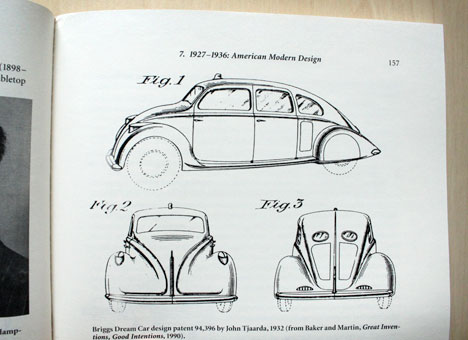 Along the way, Gantz also drops some astonishing details. We were surprised to learn that the design skill set was so in demand during the streamlining era that Raymond Loewy made $50,000 dollars (unadjusted dollars) for one package design. Sadly, Coroflot readers, it's the web developers who are paid mammoth sums of money like that these days. That said, by simply being a true and careful history, The Industrialization of Design shows that design, like all things (even salaries), is cyclical. At the dawn of the rapid prototyping age, perhaps the job of designer will soon become closer to that of web developers, where the fruits of their labors can be realized nearly instantaneously and their ability to change the world may speed up as well.