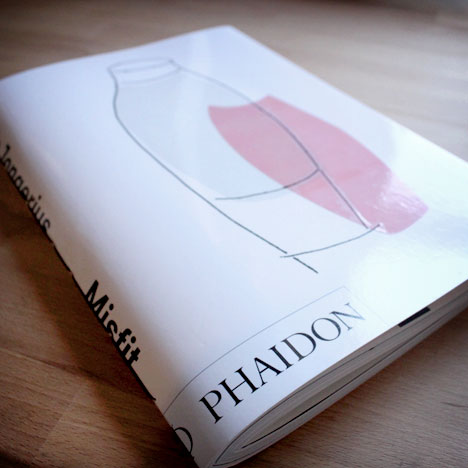 Phaidon's new monograph of Hella Jongerius, Misfit, is a text and photographic extension of her love of "misfit" products that defy appearances of mass production despite being mass produced. Its quirks are apparent from right off of the bat, from the non-traditional binding to the transparent shapes on the cover that the user can employ to "customize" the cover image vase. We immediately turned the vase into a "bug" by deploying the transparencies as "wings." Even the simple line-drawn vase on the cover has depth, which isn't immediately apparent until you touch it. Like enamel on a vase, the lines have weight and are echoed in the string used to hold the book together. 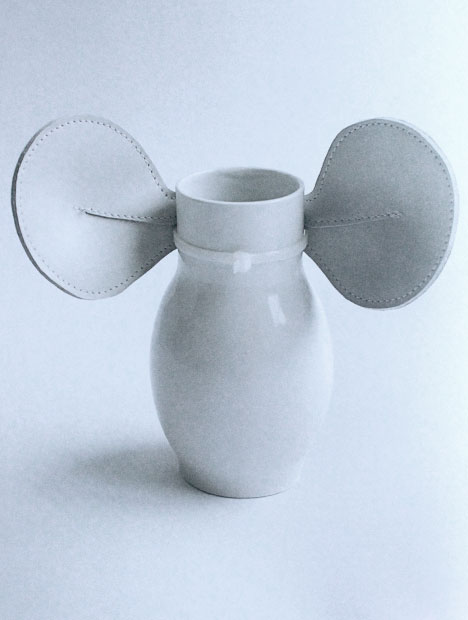 The unorthodox design is beautiful, but whether you're a reviewer hellbent on viewing absolutely every page or you're simply a coffee table book-lover, the binding makes the pages slightly hard to turn. Even so, you'll want to see the work on each page, because it's lovely. Perhaps the difficult pages are simply the cost of interacting with beauty. The cover is basically a version of her "Coloured Vases," but we were particularly knocked out by her larger scale furniture and intrigued by the level of insight and detail the book provides on her process. Irma Boom's layout is visually striking and includes several "conversations that might have taken place" with design luminaries such Louise Schouwenberg, Paola Antonelli and Alice Rawthorn. We're glad that apparently they actually did take place because through those interviews readers can find that Jongerius follows her philosophy in craftsmanship in her own life. 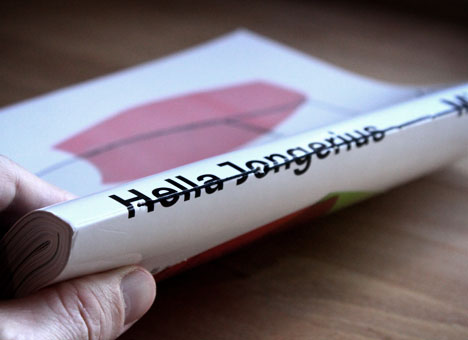 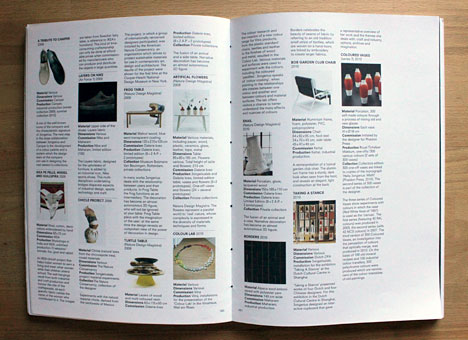 The literal center of Misfit is detailed history of Jongerius' work, including timing and production, but the soul of it is the variety of visual expression. Many of her products are unique editions, but for the ones that are not (collections for IKEA, for example), she still tries to inject a bit of craft. It is virtually impossible for the viewer to tell which are one-offs versus mass-produced. In terms of furniture, the use of varied materials in "The Bob Garden Club Chair" or the "Polder Sofa" for Vitra means that small blemishes will fade into the variety of color to help it age with character. 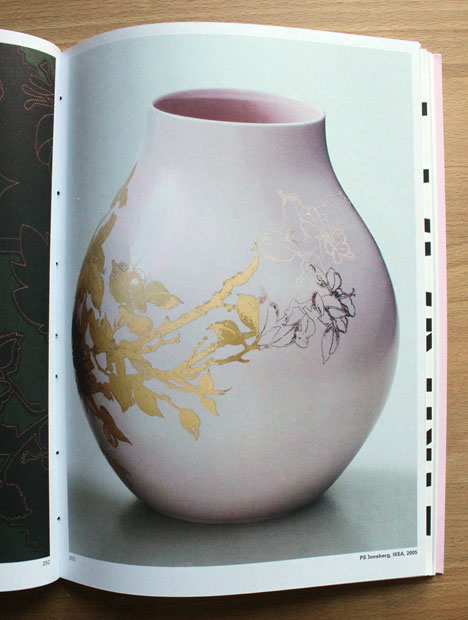 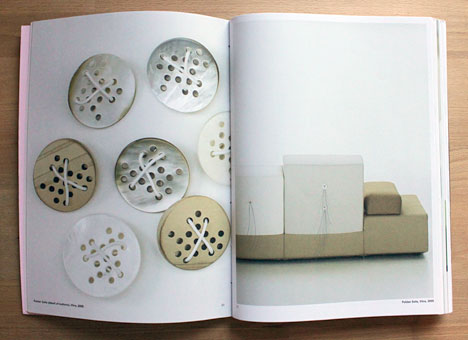 On the other end of the spectrum, much of her earthenware shares that Frankenstein character, as meshing of materials and colors is played with, while in others, small production marks are left as design elements. In some cases, function is attacked by the decoration, rather than served by her use of color. In Vitra's "Office Pets," stools are overrun with decoration, and even the casters are made of fabric, which would likely impair their rolling function. For us, the most fun was the "Frog Table" produced by the Galerie Kreo, where the frog "decoration" literally crawls onto the table at a scale that must disrupt at least one seat of the dining experience. We still want it. Form over function indeed. 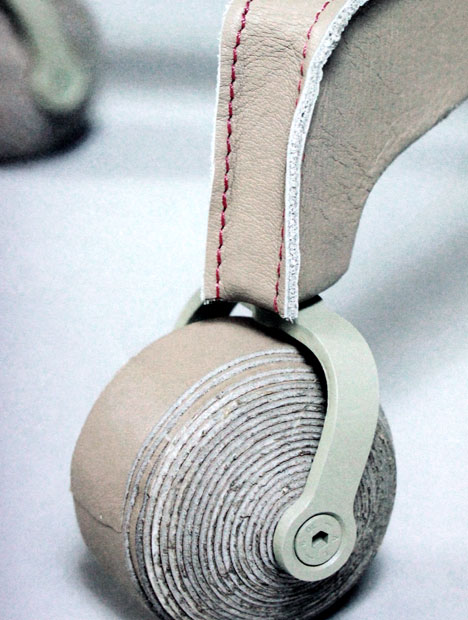 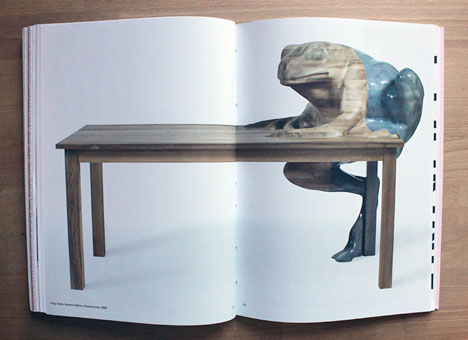 A specially commissioned Collector's Edition volume also comes with a unique special edition vase. Previous Phaidon special editions have included photos and prints but to the best of our knowledge, this is the first object. That particular detail we learned when we popped into Phaidon's SoHo store to browse for ID books but wound up speaking with the staff instead. It's a lovely store, and if you happen to be interested in the special vase, it's a perfect place to start. 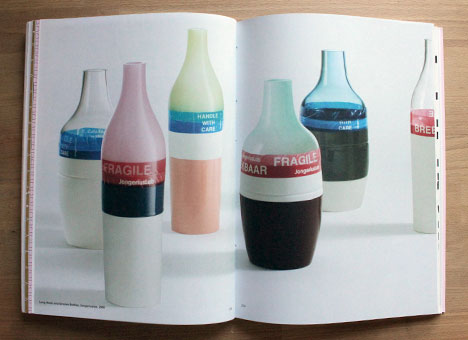 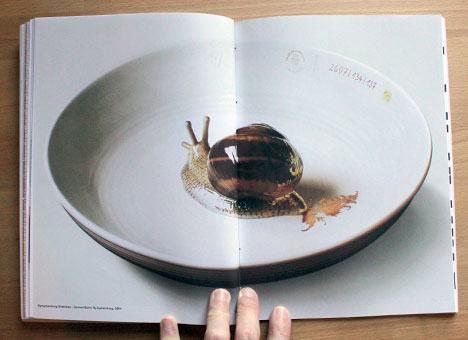 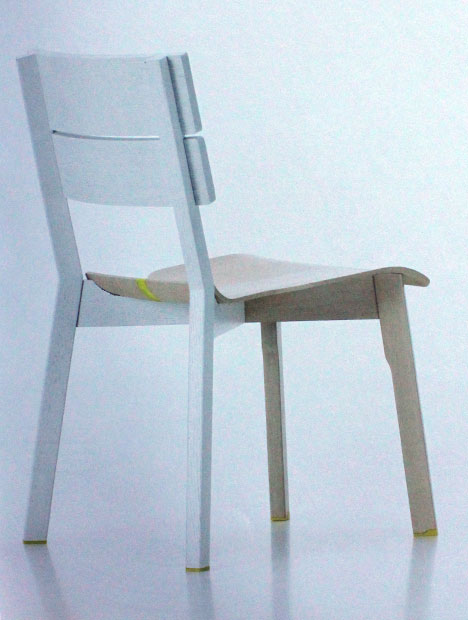