JR Uses Art (and TEDPrize) to Turn the World INSIDE OUT 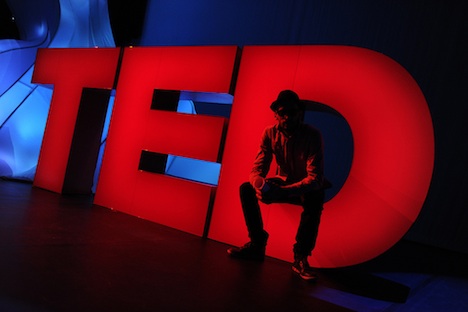 Back in October, I was excited to learn that French street artist JR had won the 2011 TED Prize: $100,000 to put towards a cause of his choice. In his recent TED2011 keynote speech he begins to answer the question "Could art change the world?" by sharing his experience as a public artist. This week JR launched the second piece of this answer through his TED Prize project: an opportunity for everyone to change the world through art with their very own JR-style poster printout.

INSIDE OUT is a large-scale participatory art project that transforms messages of personal identity into pieces of artistic work. Everyone is challenged to use black and white photographic portraits to discover, reveal and share the untold stories and images of people around the world. These digitally uploaded images will be made into posters and sent back to the project's co-creators for them to exhibit in their own communities. People can participate as an individual or in a group; posters can be placed anywhere, from a solitary image in an office window to a wall of portraits on an abandoned building or a full stadium. These exhibitions will be documented, archived and viewable virtually. 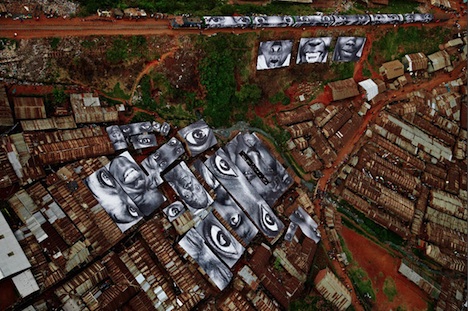 Watch the full presentation and learn more about JR after the jump →As he explains in his TED Talk, JR started out as a traditional graffiti artist but he quickly turned to photography and eventually started wheatpasting photocopies of his work on buildings around his native Paris. His teenage exploits quickly evolved into a global public art project, consisting of outsized (two-story+) community portraits in socially or politically turbulent regions in cities. 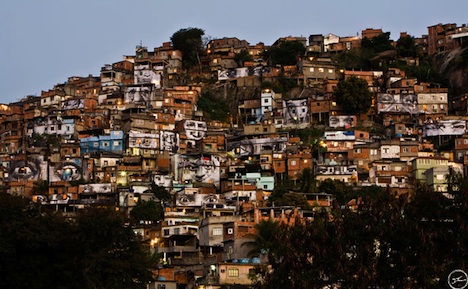 Broadly speaking, JR explores large-scale public photography in order to reappropriate media exposure and make it meaningful for a local community. For example, he addressed the Israel-Palestine conflict with "Face to Face," 20,000 sq. feet worth of portraits on both sides of the wall in eight Israeli and Palestinian cities and his global project "Women Are Heroes" is the stuff of guerilla art legend.

This last series was executed to spectacular effect in favelas in Brazil, shantytowns in Africa, and other public art-deprived neighborhoods, including an amazing delayed-reveal adhesive technique for his public work in India.

Perhaps the most amazing aspect of JR's practice is the near-universal acceptance of his work within the communities that he reaches out to: certainly, he honors the subjects themselves, but he also creates art that belongs to the community. In fact, JR often keeps in touch with his local collaborators and even revisits the communities where he has worked.

While the TED Prize definitely marks a major step in his career as a public artist, JR refuses corporate sponsorship, so his only responsibility is "to [himself] and his subject." Even on stage at his TED Talk, JR remains semi-anonymous—he's less guarded than Banksy but more incognito than, say, Shepard Fairey—though he is quite engaging despite his sunglasses.

JR Uses Art (and TEDPrize) to Turn the World INSIDE OUT