Some of my Favorite Vintage Bertone Concepts 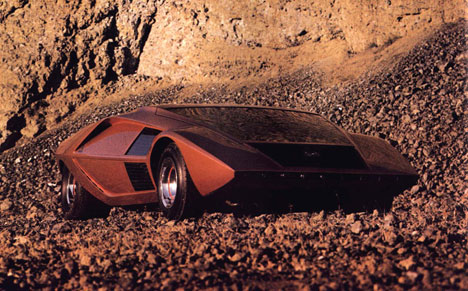 Bertone, one of the big 3 Italian automotive design houses, was founded in 1912. The other two mythic giants being Pininfarina, and Ital Design Giugiaro whom I've actually had the pleasure of collaborating with and is now owned by VW. With Lilli Bertone, designer Nuccio Bertone's widow, thankfully heading the company again and Michael Robinson as Exectutive Brand and Design Director, Bertone had shown up at this years Geneva Auto show with their awesome Jaguar B99 concept. This inspired me to dig a bit into their history, most of us know about their fabulous BAT (Berlinetta Aerodinamica Tecnica) series of concepts from the 50s, but its the concepts from the 70s and early 80's still blow me away. The feeling the designers must have had when they were developing these must have been unbelievable.

Warning, you might want to turn down your speakers before playing, these videos come equipped with period soundtracks. Check them out after the jump!

Some of my Favorite Vintage Bertone Concepts