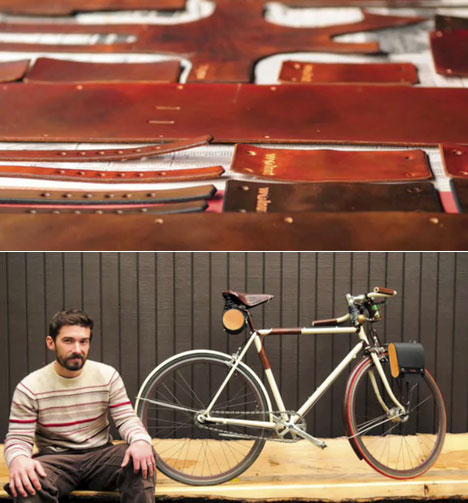 At an asphalt rectangle over at Sarah Roosevelt Park, not far from the Core offices in NYC, you'll often see guys and gals from the New York City Bike Polo club getting a game on. It's for riders like these that Oregon-based Walnut Studiolo makes these leather Polo Mallet Holders which, as it turns out, can also be used to hold six-packs: 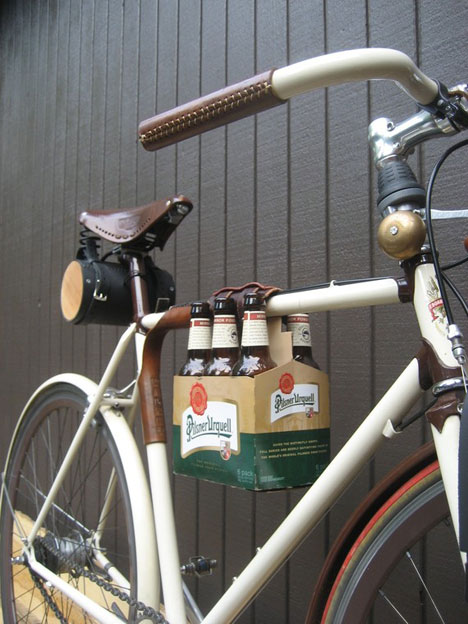 Walnut Studiolo has a full range of leather bike accessories for sale on Etsy. While he was an architecture student, Oregonian Geoffrey Franklin fell in love with bicycling and wanted some cool leather accessories for his ride. So he learned to work leather and started making them himself. The resultant line-up of products will make non-cyclists want to buy a bike. 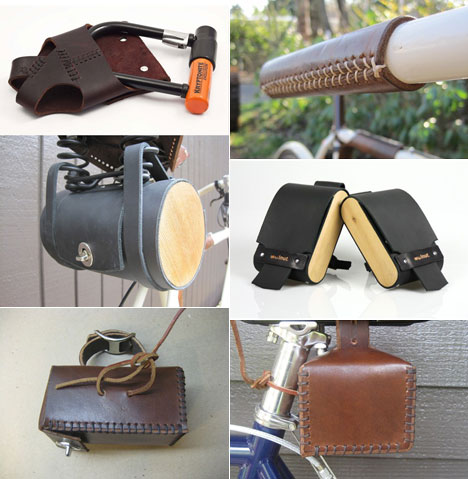