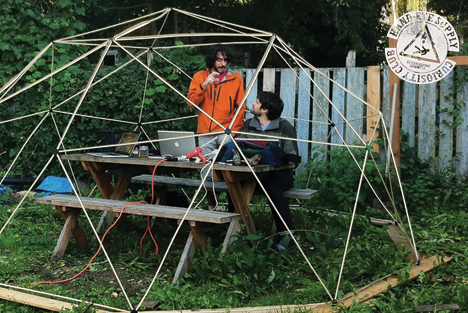 Our next Hand-Eye Supply Curiosity Club, is right around the corner so we sat down with our speaker, Michael Felix, to give you a little preview of his presentation next week! Felix is a design scientist concerned with the subtle interactions that occur between humans, nature, and technology. His work at EFFALO is grounded in the idea: Think hyperglobally, act microlocally. Michael will be speaking next Tuesday, March 22nd at the Hand-Eye Supply store in Portland at 6PM.

Curiosity Club: What is a design scientist? How does it differ from being strictly a Designer or Scientist?

Michael Felix: A design scientist is more concerned with the process over the aesthetic outcome. If the process of design is beautiful, then so will the end result. This requires the designer to think in wholes and approach problems empirically, focusing on just one thing at a time. Contrast this with conventional product design, where the emphasis is usually upon rapidly-designed, massively-produced, shiny objects.

Your work focuses on systems and processes, what tools (physical or otherwise) do you find yourself using repeatedly?

I try to document everything as it happens using blogging tools like tumblr or wordpress. I take pictures, record sounds and journal thoughts in the attempt to create an emerging narrative that reflects my process. More often than not, the intended audience for this documentation is myself and I refer to it regularly.

Mental tools are just as important. Maintaining a healthy tolerance for ambiguity will allow things to unfold in a natural way. Embracing both failure and success makes every experiment a worthwhile endeavor. I always aim to pay attention to wholeness and work iteratively, continually moving forward step-by-step. 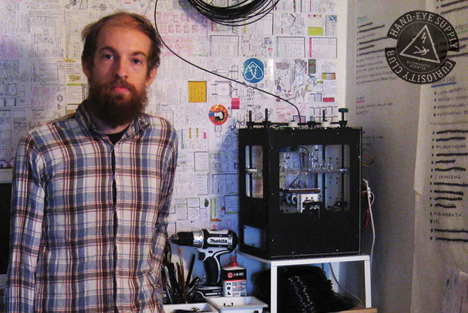 Can you speak about the evolution of your process as a designer mentioning specific milestones (past and forthcoming)?

I thought I wanted to be a computer scientist until the math became a bit too abstract for me to visualize. After realizing I was denying some of my more creative aspirations, I began to pursue industrial design. From there I got a graduate degree and wrote my thesis on the use of blogging tools to actively document the creative process.

After graduate school I began working as an interaction designer at a software startup and was exposed to extreme programming and agile development. I began to apply similar ideas to my own design process and learned to work iteratively while still keeping an eye on the whole.

In 2010, I established EFFALO and have since lead the production of a diverse range of projects, ranging from velosynth—a Kickstarter-funded bicycle interaction synthesizer, to MAKERFACTORY—a crowdsourced manufacturing service. We've also been designing 3D-printable connector systems for building geodesic domes and spheres.

Moving forward, I'd like to continue exploring the subtle interactions that occur between humans, nature and technology. I've become very interested in the use of synthesized sound as a medium for communicating data and how localized space can be used as a canvas for conducting human/computer interaction. 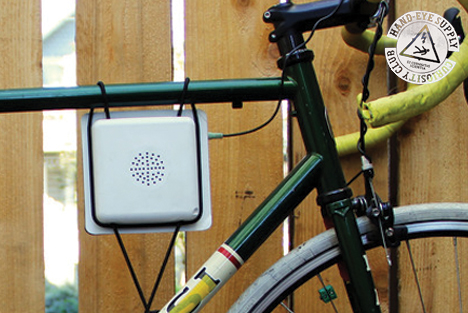 Please share with us five things you never leave home without and why. fitbit - for creating an ongoing narrative of my physical fitness buddha machine - for generating a calming field of ambient sound within my local environment iPhone - for mobile communications and data operations notebook + pens - for documenting events and sketching in the field boxcutter - for anything that needs some cuttin' Are there any resources or links you'd like to share?