Monster Review: The iPad 2, Part One 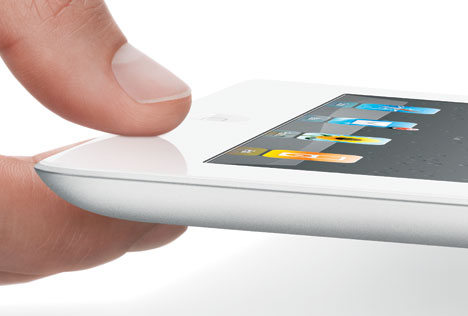 The first people to notice my iPad 2 were two gum-chewing NYPD officers with heavy eyelids. It was notable because the iPad was buried inside a backpack at the time. "What is that," one asked the other, pointing at the X-Ray machine's monitor.

Having been assigned to Jury Duty, I was going through a security checkpoint at an New York City Courts building. The officers demanded I take the iPad out of the bag for inspection. "See," said Officer #2. "S'an iPad."

"I guess the new one's got three screens then," said Officer #1.

I learned that "screens" is their X-Ray slang for "batteries," which show up on the X-Ray as monotone bars. The iPad 2 is flatter than the original iPad—it's even flatter than the iPhone 4, for chrissakes—and to compensate for flattening the batteries, Apple's added a third one to keep it in juice, which stood me in good stead for the copious web browsing, e-mailing, game playing and TV-show-watching I did while waiting to be plucked out of a room filled with 200 potential New York City jurors.Another under-the-hood tweak Apple's made is adding a dual-core processor, making the iPad 2 noticeably faster than its predecessor. To be clear, I never thought the original iPad was slow—until I tried the iPad 2. Web pages in particular seem to load instantaneously.

They've also added two cameras, both fore and aft. The cameras are low-resolution, adequate for FaceTime but not good enough for whatever I would use a camera for. Not to mention camera use isn't allowed in the courthouse, and the last thing I wanted was to sit there empty-handed while the Bailiff played with my confiscated iPad.

This review will focus more on the useability of the iPad (with more in-depth coverage coming tomorrow in Part 2), not the specs. There are benchmarks and technical comparisons posted on other sites, but from a practical standpoint those numbers don't mean anything to me. What matters to me is that I tap the screen and the desired results are delivered to me, without me having any reason—or time—to reflect on what's happening under the hood. I can just focus on the content, which comes in as quick as I'd like.

The physicality of the device represents what you've come to expect from Apple: It's beautiful, crisp, and well-considered. A careful inspection of the finishes, edges, or any area where one surface meets another reveals design decisions made at the sub-millimeter level. It has the undeniable quality of a product design that has been carefully pored over, which is something that every industrial designer will notice (and something that, hopefully, discerning consumers are now coming to expect, at least from Apple). 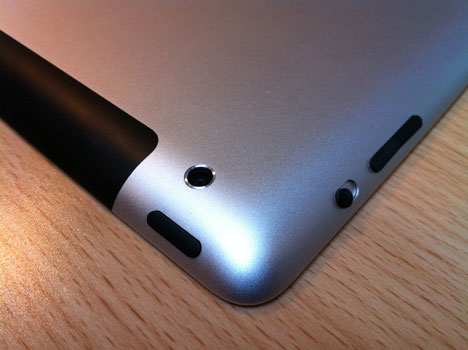 The iPad 2 is almost absurdly thin, as if designed to be slipped into an already-stuffed bag that nothing else will fit into. I'll get to the functional impact of the thinness in a minute; first I'd like to point out that what the iPad being this thin really does is demonstrate unmatched technological prowess. Look how freakin' thin this thing is! It's almost as if it was made as thin as it is purely to demoralize would-be competitors. Somewhere someone is holding this thing up in a corporate boardroom, and an engineer is sitting in the corner just going Shit.

As a consumer I have difficulty comprehending how this thing can be thinner than a "dumb" flatscreen monitor, yet still have a powerful computer inside.

For me, the form factor pretty much disappears altogether during actual use, because I get sucked into the images or text onscreen. It's a rectangle of content with a single button you occasionally press. Other than that the only physical element I really consider is where to hold it, which the skinny form does have an adverse impact on. The iPad 2, perhaps more so than the original, needs a handle for grabbing during long-term use. And that handle comes in the form of the optional Smart Cover. 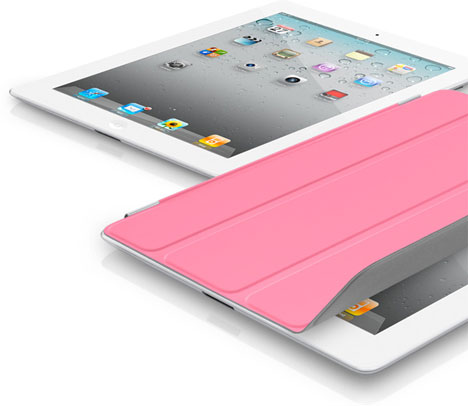 As we mentioned in our preview post for the iPad 2, The Smart Cover is a deceptively simple-looking rectangle divided into four slats. Interior magnets both mount it to the iPad and allow it to roll up into itself, providing a wedgelike base that can orient the iPad in a near-vertical or near-horizontal position (in landscape orientation). Most conveniently, when holding the iPad in portrait position you can roll the handle up and use it to grab the device with your left hand while performing on-screen manipulations with your right. In this position you can use your left thumb to brace the side of the screen without touching the readable part, preventing that touchscreen-negation effect that occurs when you're unwittingly touching two parts of the screen at once. Southpaws can turn the screen upside down to get the same effect, though now you've got the home button on the top and the camera on the bottom.

The hinges of the magnet cover attach smartly to the side of the iPad in a particular position, so it's impossible to attach the thing incorrectly. The magnets line up, you hear a little click, and that's that. It's satisfying on a tactile level.

The inside of the cover is lined with microfiber, intended to passively clean the screen through gentle and incidental friction. And it actually does work, except for the areas of the screen that sit between the cover's slats, where there is no microfiber; those areas show up as faint lines of oil. You'll still need a cloth to give it a good wipe.

One really sweet feature of the Smart Cover is a subtle one that makes a big difference: Close the cover and the iPad shuts off. Open the cover and it wakes up, instantly. It doesn't sound like a big deal, but compared to hitting a button on the old iPad and then swiping to awaken it, it feels very different. It's the difference between opening your refrigerator door and the light is just on, versus opening your front door to find a dark apartment and then fumbling for the light switch.

Stay tuned for tomorrow's usage review, where me and a fellow juror promote ourselves to judges.

Monster Review: The iPad 2, Part One