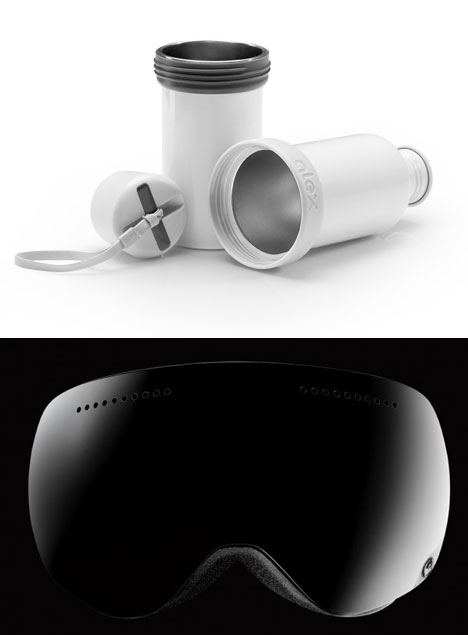 Transworld Business has got an interview up with Mike Tobia, the ex-pro snowboarder turned product designer and Director of Product at accessories brand Dragon. Tobia's worked on the design of APX snow goggles, which feature a frameless design that offers unprecedented peripheral vision.

Tobia had this to say about design inspiration:

In terms of consumer products, Apple has no doubt been the most direct inspiration to me and probably every other designer today. I used to feel guilty, like I was cheating, when using them as design influence until I started doing research on Jonathan Ive (Apple's Senior VP of Industrial Design) who clearly takes the same approach. His influence is Dieter Rams, probably one of the most influential industrial designers of all time who lead Braun's design department from the '60s through the '90s. If you google "braun apple inspiration," you'd be amazed at the amount of design correlation between the two. You can tie almost every Apple product design to the influence of Dieter Rams and Braun. It made me realize that I shouldn't feel guilty about borrowing other designs as influence and that it's a fundamental process of design evolution.