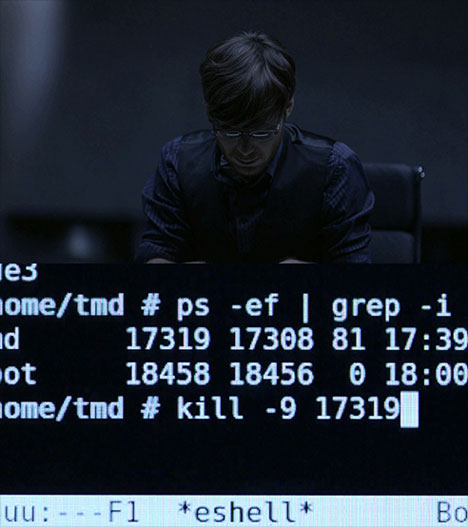 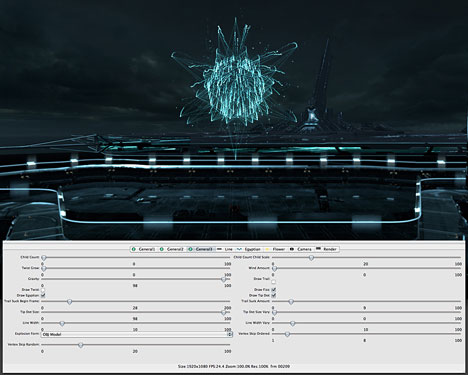 Josh Nimoy spent six months developing software art to generate special effects for Tron Legacy working along side Bradley "GMUNK" Munkowitz, Jake Sargeant, and David "dlew" Lewandowski at Digital Domain. He goes into great detail to explain the process behind the VFX and maintaining integrity in the UI design.

I take representing digital culture in film very seriously in lieu of having grown up in a world of very badly researched user interface greeble. I cringed during the part in Hackers (1995) when a screen saver with extruded "equations" is used to signify that the hacker has reached some sort of neural flow or ambiguous destination. I cringed for Swordfish and Jurassic Park as well. I cheered when Trinity in The Matrix used nmap and ssh (and so did you). Then I cringed again when I saw that inevitably, Hollywood had decided that nmap was the thing to use for all its hacker scenes (see Bourne Ultimatum, Die Hard 4, Girl with Dragon Tattoo, The Listening, 13: Game of Death, Battle Royale, Broken Saints, and on and on). In Tron, the hacker was not supposed to be snooping around on a network; he was supposed to kill a process. So we went with posix kill and also had him pipe ps into grep. I also ended up using emacs eshell to make the terminal more l33t. 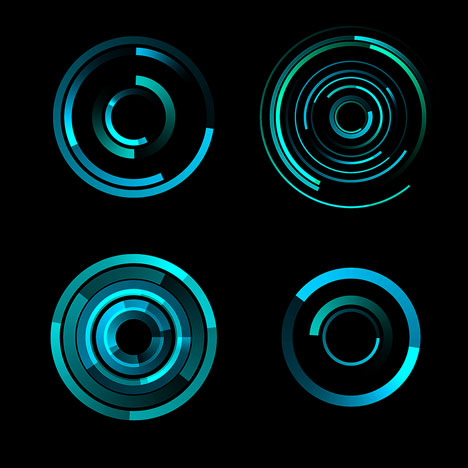 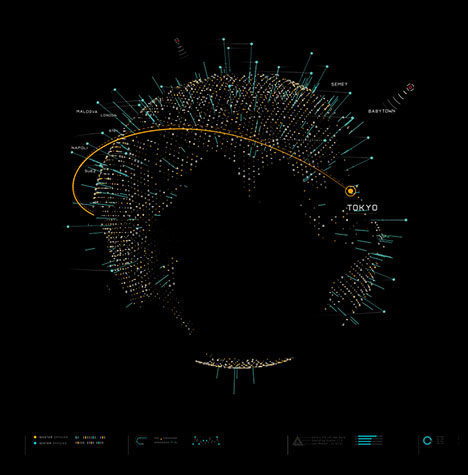 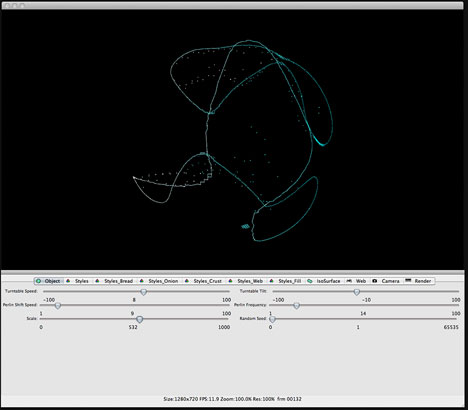