With less than a week until the Salone, we're still getting tons of last-minute previews of interesting objects that will be exhibited in Milan, including some nice work from Chilean designer Jaim Telias. 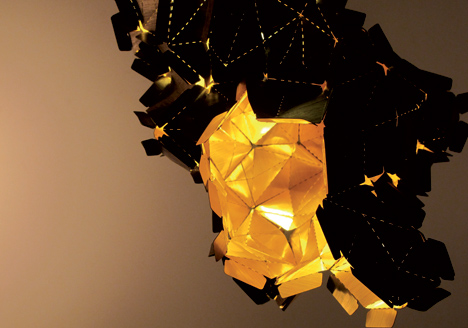 Telias won't be traveling far, since he is now based in Italy via Jerusalem; still, he also celebrates his Israeli heritage at Promise Design with "Alè." 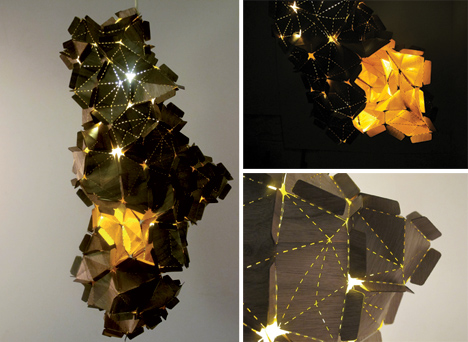 The modular "leaves"—made of plastic-coated wood—can be rearranging so each is lamp unique. 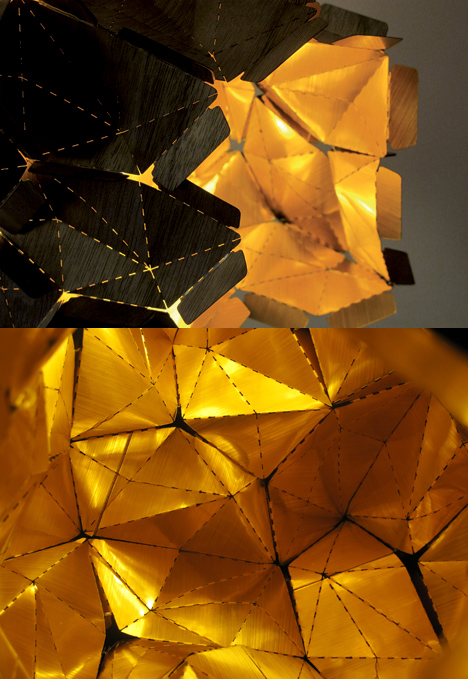 Check out three more of his designs, which will be on view at Designersblock on Ventura Lambrate, after the jump... 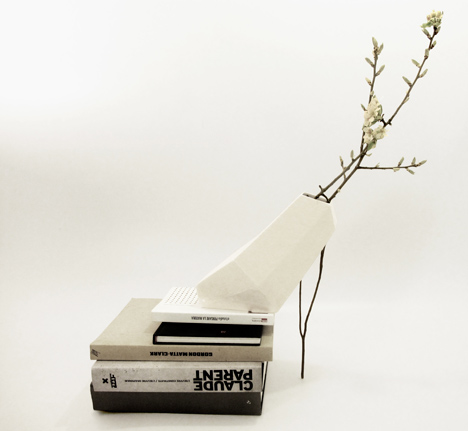 First up, perhaps prefiguring the following pieces, we see "Alef," a ceramic vase that is supported by a branch. 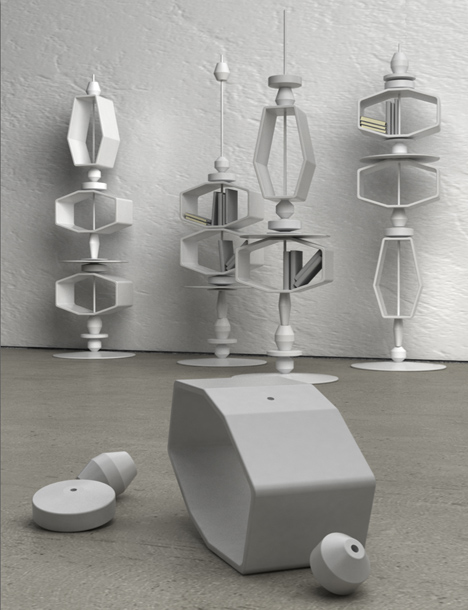 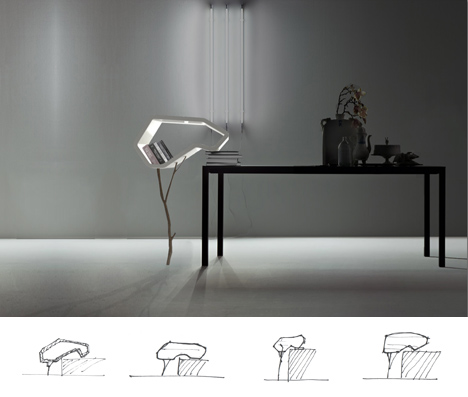 Finally, "Olam" is a bookshelf with some formal similarity to "Caramelos," though it is actually made of concrete and supported by a branch.

Telias also has some wacky poster and flyer imagery for his shows in Milan...