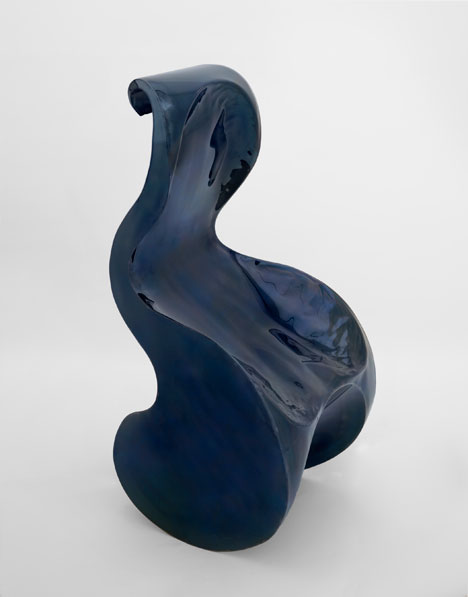 At the entrance to the "ParaDesign" exhibit currently on view at the Museum of Modern Art in San Francisco, visitors get to read a definition of the term. ParaDesign, we are told, is work that is "about, against, around, aberrant to, alongside, or not quite design." The work we are about to see, the curators continue, "was intended not to solve problems, as professional architects and designers must do, but to pose keen, significant questions about the codes and habits that give built and designed objects their air of inevitability."

Somewhat surprisingly, my reaction on reading this was not one of giddy joy and expectant excitement. Rather, it was one of grim foreboding. "Oh dear," I sighed aloud, to the slight consternation of the man standing next to me.What instantly bugged me was the implication that solving problems and asking challenging questions are somehow mutually exclusive activities. More than that, that questioning codes and habits is somehow outside the realm of the regular design process. As any designer knows, that simply isn't the case. In fact, design of all stripes balances the tasks of asking insightful questions and synthesizing insights to come up with smart answers. Problems provide the raw materials for design, and developing concepts that challenge preconceived ideas is one step towards finding a solution.

By pretentiously dressing up this one area of design as a separate movement in its own right, the curators both overstate its importance and belittle the skilled professional practitioners who consider such concepts and experiments to be just one part of their overall practice. Design is about so much more than whimsical gimmickry, yet here it's all about the tongue-in-cheek or the defiantly impractical. That has its place, of course. Good design is often challenging, playful, magical. And it's not like every exhibition related to design has to be filled only with practical virtuosity such as the OXO potato peelers. But it sure would be nice to visit a design show that didn't resort to focusing on the often tangential ideas that comprise only a small part of any designer's overall collection.

That's not to say that there aren't some interesting pieces of work on display. Ron Arad's "AYOR" (At Your Own Risk) chair, above, is a rocking chair that smacks anyone who sits in it on the butt when they stand up again. It's a delightful idea that certainly challenges our preconceived ideas about both the act of sitting and the form and role of chairs. But note: Arad might not have solved the same problem he faces when coming up with a new design for Vitra, but he certainly solved the problem at hand here. Namely, to create a limited edition piece of design that could fetch art world prices. He did it masterfully: In 2008, an AYOR chair sold at Sotheby's for £49,250 (about $80,000.)

The "Buildings of Disaster" created by Constantin and Laurene Boym have been trotted out as examples of designerly ingenuity for the past decade. Now don't get me wrong. The Boyms are great; they create beautiful work, regularly. But these pieces are expensive trinkets centered on one okay idea (recreating disaster areas such as Chernobyl or the Dakota Building in miniature). Must we really consider them representative of a new genre of design? Or are they more an example of savvy designers figuring out how to get approving attention by creating a consumer product they could sell in tony stores such as Moss in New York or put on show in galleries such as SFMOMA?

Likewise, "His and Hers" towels were likely included for being unusual work from the architectural duo Diller+Scofidio. Sure, it's somewhat incongruous to see towels hanging in a gallery, and the slogans with which the towels are emblazoned are witty enough. But these are hardly great examples of design, para or not. Unless what we're really celebrating is throwaway ideas, nicely executed.

In fact, arguably the most genuinely "ParaDesigned" thing about the whole exhibition was its own design. For instance, visitors weren't allowed to get anywhere near items such as Arad's chair, which thus remained an abstract idea more than a visceral experience. Meanwhile, the accompanying exhibition guide included minimal details and still managed to be maddeningly indecipherable, provoking a comic display of head-cocking and eye-squinting as visitors tried to figure out what was what and what was where. Perhaps providing useful information about the exhibits was deemed to be too much an artifact of regular design, but how visitors were supposed to appreciate the nuance and subtlety of what they were looking at is anyone's guess.

The root problem in this instance, of course, stretches far beyond the walls of SFMOMA. We are all stuck in a vicious, relentless death spiral of a search for the shiny and the new. This quest has infected our curators (and magazine and newspaper editors) with the desperate need to feature something different, and designers with a feeling that they have to come up with ever more outrageous ideas to get the attention they feel they deserve. Yet separating design from the demands of a client with a problem results in a dangerous elevation of the weird and the ego-based, and a sorry devaluing of the subtle and the useful.

This exhibition would have been much more appealing if it had laid off the faux-intellectualism and just admitted that it was about witty items intended to catch your eye and perhaps make you think twice. Given that shows of design in major galleries such as SFMOMA are still somewhat rare, and that we have never needed genuine imagination, innovation and ingenuity in design more, this feels like a missed opportunity.