Sony Open Planet Ideas Winner - Greenbook: Giving you that extra push to do some good

Say you're sitting around on a Saturday, with no obligations other than bumming around the house and poking at old projects you've been "meaning to get to" for months. You debate the idea of actually doing something meaningful with your weekend, maybe even with some quick volunteer work, but where do you go? Even if you had considered this on some Saturday, the extra effort required to identify a volunteer organization might have burned away any energy you were ready to expend.

Ay, there's the rub: How can people quickly and easily connect with the thousands of charities, nonprofits and groups they might want to help, even for just a few hours? 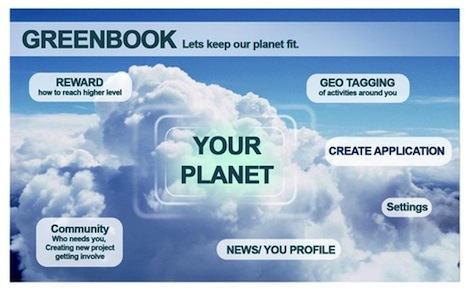 Through months of evaluation, support and inspiration from the Expert Panel and other users on Open Planet Ideas, Frigout refined and developed the winning concept. He explained the importance of the community review process: "The online community is a great source of inspiration. You are offered insight into the views of many passionate users. Each of them has a story...discovering users, trying to help them and being helped is fascinating. Overall, the good spirit of the community pushed me to keep going."

"Originally my goal was to link local people with local volunteering projects. Each person would do micro-volunteering to improve the efficiency of local resources. It then became clear that linking people requires some technological solution. This is when peer-to-peer, mobile telecommunication, and geo-localization appeared," Frigout said. "It could have stopped here, but then I realized that this platform is in competition with gaming, so I included various gaming features such as different levels, sense of achievement, rewards and connections to other players."

On March 4, a Development Day was held to workshop Greenbook with key stakeholders including members of the Open Planet Ideas community, World Wildlife Fund, Sony engineering teams, the technology community and interface designers and developers from both Sony and IDEO. Additionally, members of volunteer organizations participated in Development Day to help develop relevant and useful solutions to address the needs of participating organizations. 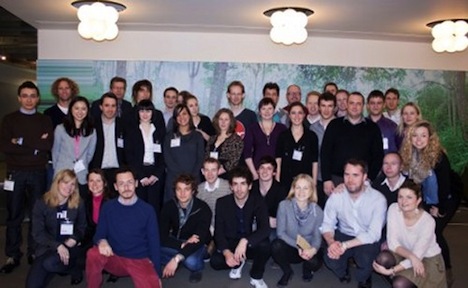 Prior to the all day workshop, the group was able to conduct additional interviews and research with consumer groups to better understand the public's motivation in volunteering, and how it could be made easier to become involved. "Some useful insights came out of that research, such as, the main reasons for not volunteering for people is lack of time and the fact that it is hard to find information about different volunteering opportunities and how to get involved," said Emily Nicoll, general manager of environmental communications, Sony Europe.

"During the Development Day we have done a good job of working out what Greenbook might look like, but we still faced the challenge of how to make it as relevant and useful as possible to volunteering organisations. The insight shared by the volunteering organisations that are involved in the project was invaluable. "They shared details about their resources, what they need and how to make things work for them, along with their current base of volunteers--giving us a well rounded, and practical feel for how Greenbook might be used by their organization and volunteers." 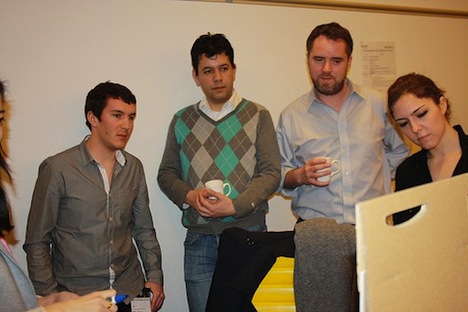 Frigout now gets to work with Sony Europe's R&D and design teams, WWF experts and members of the IDEO creative team to bring Greenbook to life. Over the next few months they'll all be working together to develop and move the concept into beta testing. Stay tuned to the Sony Open Planet Ideas blog to learn more about opportunities for community members to get involved and participate.

Sony Open Planet Ideas Winner - Greenbook: Giving you that extra push to do some good