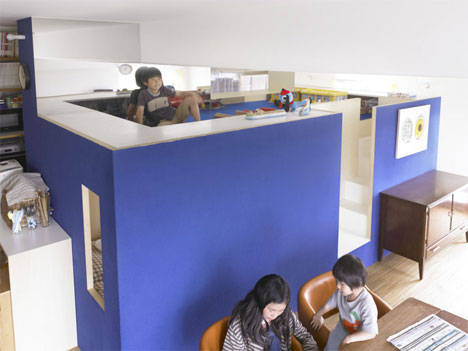 Remember the Bay Area "cube within an apartment" we showed you in February? Looks like that concept has also been explored in Japan, where architecture firm MihaDesign incorporated two cubes into a one-room apartment for a family of five, in a dwelling dubbed the nr1977. 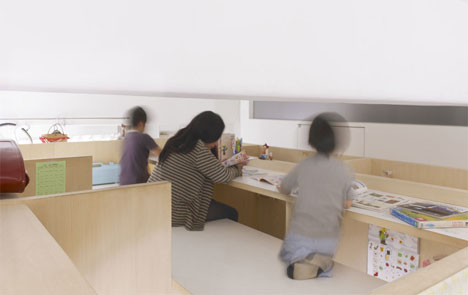 Clever use has been made of the space available, and it's also been executed with a distinctly Japanese flavor. The Western solution to tight space, seen in dorm rooms and Ikea showrooms worldwide, is to have an elevated loft bed with a desk underneath; MihaDesign's solution is to keep the beds low, as the Japanese custom is to have a futon on the floor, while desk space is located above. 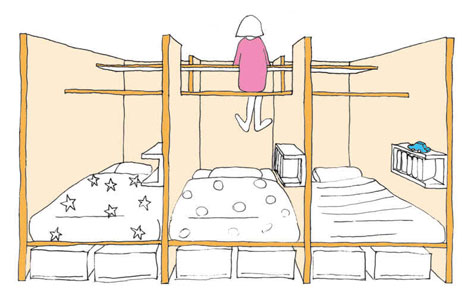 To deal with the low ceiling height, the seating area for the children's desks are also their own floor of sorts, comprised of planking that is open to the bed area below. The childrens' legs thus dangle into the bed area, which isn't a problem as a child is either in his bed or at his desk, not in both places at once. 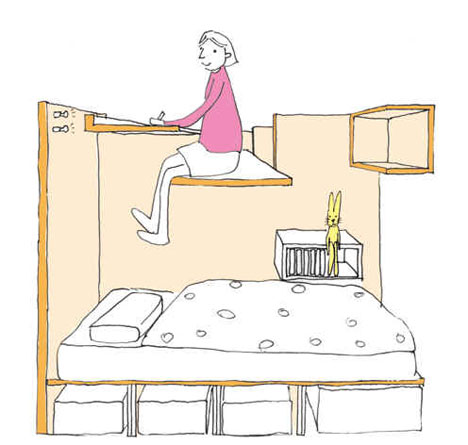 Similarly, the playspace located atop the cube housing the parents' bed wouldn't disturb the parents' sleep, as only one of these areas would be in use depending on the time of day. 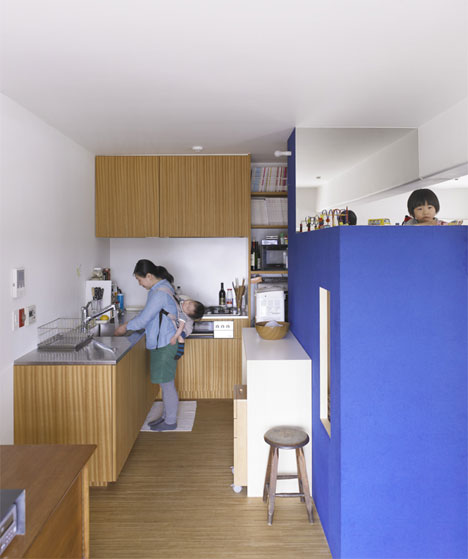