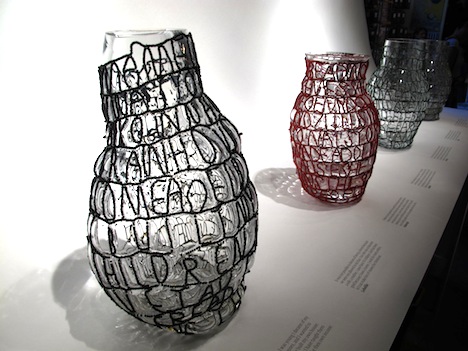 A beautiful intersection of craft and design, the Story Vases pair Swedish design collaborative Front and a collective of South African women to tell their personal stories through beadwork and glass. South African women's organization Siyazama Project empowers traditional craftswomen in the KwaZulu-Natal province to address concerns about AIDS through their beadwork. Recorded by Front, the Vases are a rare document of daily life of women in rural, post-apartheid South Africa—dreams and hopes for self and family collide with stories of poverty, gender, HIV and unemployment.

"Each woman formed their own story into text by threading glass beads onto metal wires. These wires were made into vase-shaped moulds, into which glass was blown," explains the designers. "Bead craft is an important part of Zulu tradition, not only as a means of expression but also of communication and telling stories. In the past, patterns and colours were woven into beadwork, symbolising feelings and ideas to lovers and friends, in a way similar to written language." 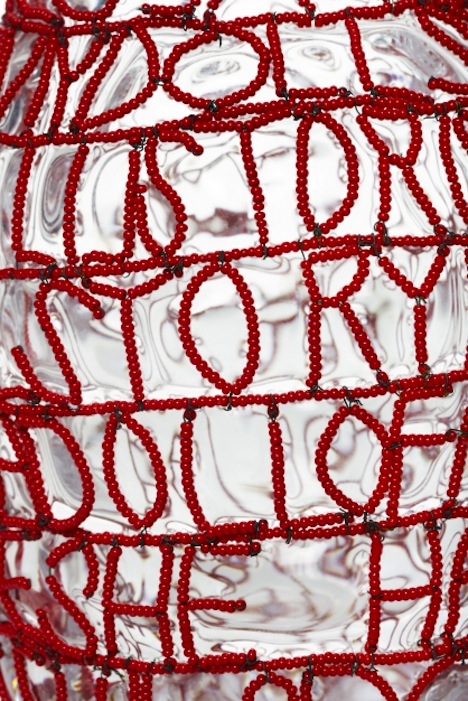 The Story Vases project was organized by Editions in Craft, an organization that seeks to merge traditional craft with contemporary design practice. Their previous projects include a collaboration with BCXSY and Siyazama's coiled bead vases.