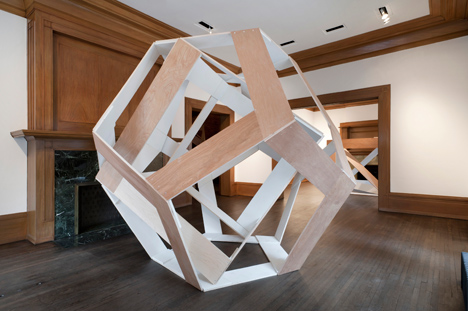 This Friday, April 15, will see the opening of Inhabiting Geometry, a remarkable exhibition of work by visionary architect and theorist Anne Tyng, at Chicago's Graham Foundation. The show chronicles Tyng's philosophy and practice through "a selection of drawings, models, and other documentation of past projects, including: City Tower (with Kahn, 1952-1957); Urban Hierarchy (1970); and the Four-Poster House (1971-1974)." 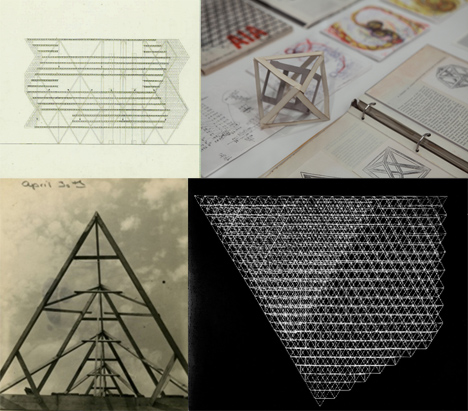 For the uninitiated: Since the 1950s, when she worked closely with Louis I. Kahn and independently pioneered habitable space-frame architecture, Tyng has applied natural and numeric systems to built forms on all scales, from urban plans to domestic spaces. This exhibition features room size models of the five platonic solids (the tetrahedron, cube, octahedron, dodecahedron and icosahedron). Identified in ancient times, the platonic solids are the only regular equilateral and equiangular polyhedra. These forms can be found in nature, such as in the structure of crystals. The installation, together with archival material, illustrates the synthesis of Tyng's life-long research on advanced geometry and how she derives her own built forms through the symmetries, orders, and dynamic progressions by which one form in geometry becomes another. 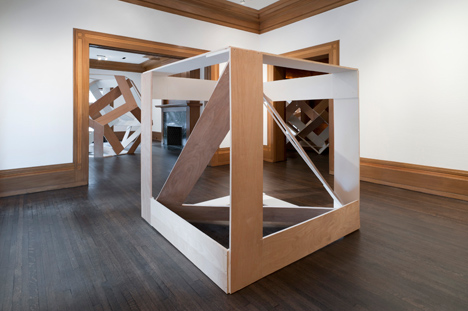 The title of the exhibition and her works belie the understated beauty of their execution, which demonstrate the expressive power of order and geometry. Tyng's unique command of form is matched by her raw intellect; thus, she elegantly articulates her vision in the models seen here. 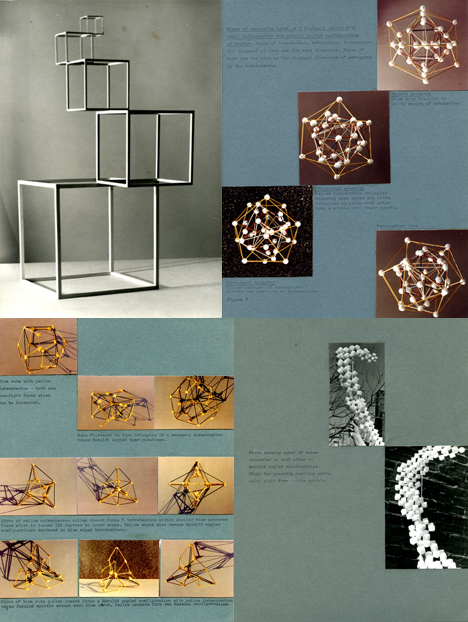 In fact, the Graham Foundation recognized Tyng's talent nearly half a century ago in 1965, when she was awarded for her project Anatomy of Form: The Divine Proportion in the Platonic Solids: In her research she developed a theory of hierarchies of symmetry—symmetries within symmetries—and a search for architectural insight and revelation in the consistency and beauty of all underlying form.

It's fascinating stuff, and the images alone have piqued my interest in Tyng's theories, which cover topics from Jungian cycles to the cosmos. 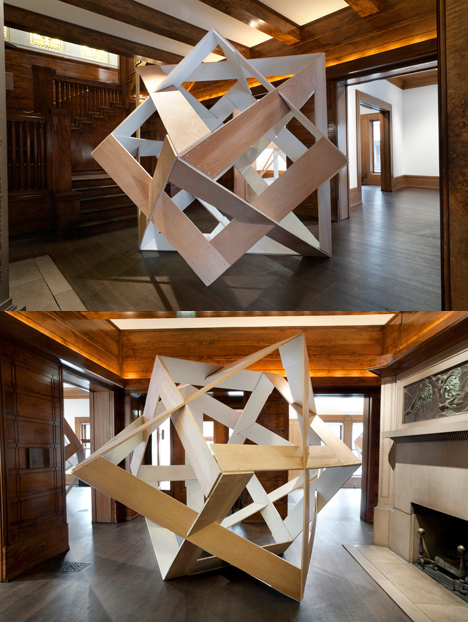 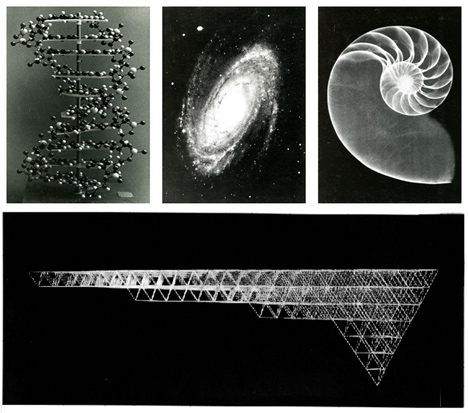 Tyng (b. 1920 in Jiangxi, China) was one of the first women to earn a Masters in Architecture from Harvard. She spent nearly three decades collaborating with Louis Kahn before shifting her focus to research at the University of Pennsylvania in the late 60's. 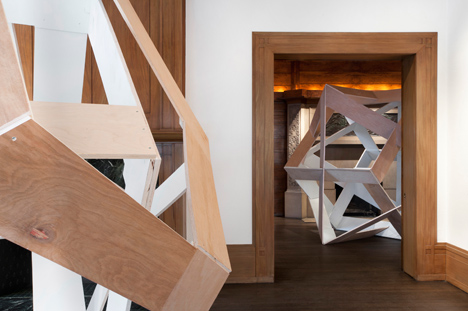