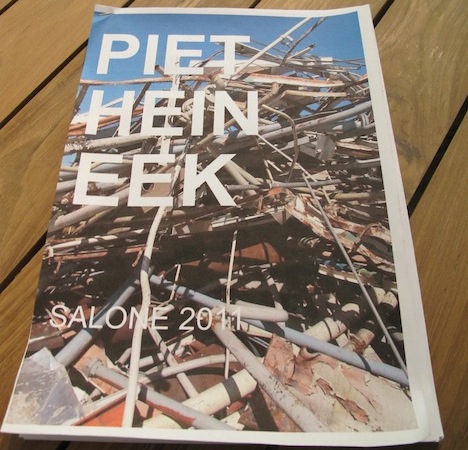 Known for his hand-fabricated reclaimed scrapwood furniture, Dutch designer Piet Hein Eek had a great showing at Spazio Rossana Orlandi this year. Working with large-scale materials, he presented his chunky beam seating—bench and armchair—hewn from enormous reclaimed beams. Although Hein Eek refers to the series as "back-to-basics design," he explains, "in all its simplicity, [it] is the result of a rather long process of designing, experimenting and producing." 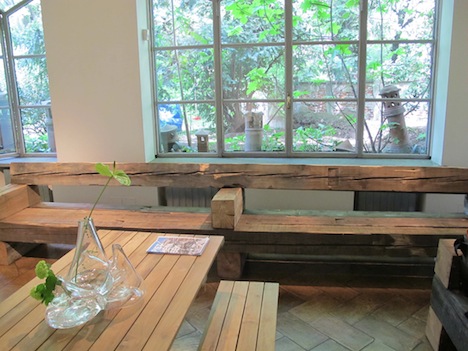 Another notable piece was his tubes bench comprised of salvaged pipes from a building he bought and renovated. The bench was lacquered to maintain the rough beauty of the layers of peeling paint on the pipes. On the opposite end of scale were two vases commissioned by the National Glass Museum as part of a collaborative project with an African glassworks company. Organic in form, the vases are a result of a series of aesthetic rules dictated by Hein Eek while multiple artisans blowing "glass globs towards one another simultaneously." The final product resembles coral formations and provides a beautiful starting point for floral design. See more pics after the jump!