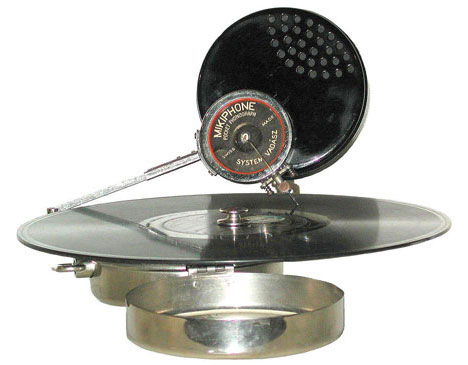 When the iPod came out in 2001, its first slogan was "5,000 songs in your pocket." The Mikiphone's slogan from nearly 80 years earlier was "An orchestra in your pocket." 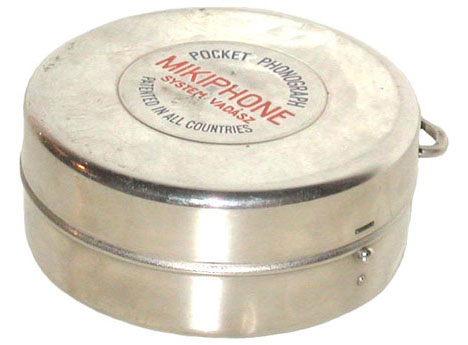 The Mikiphone was a portable record player manufactured by a Swiss company in 1924. It folded up into a circular tin roughly the diameter of a CD, and it wasn't a pop-it-open-and-play affair; the thing required assembly. It was powered via handcrank and didn't have a speaker, but something called a "resonator" to amplify the sound. Still, it could play records up to 10 inches in diameter and it must have been the most mind-blowing gadget of 1924. The Peter Pan Alarm Clock Gramophone is a cool piece of tech made in the UK a decade later, in the 1930s: 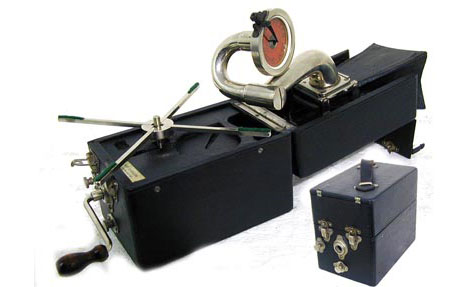 It's a self-contained portable record player, or Gramophone as they were known then in Britain, and because this one was designed to fold up into a box that looked like a 1930s camera, it was called a "cameraphone." Gotta love that telescoping horn that served as a speaker, and the wicked fold-out "turntable" comprised of four arms. And yes, it could apparently be used as a record-playing alarm clock, provided you set the needle in the groove the night before.

At roughly the same time in America, RCA/Victor was putting out the Special Model K Portable Electric Phonograph: 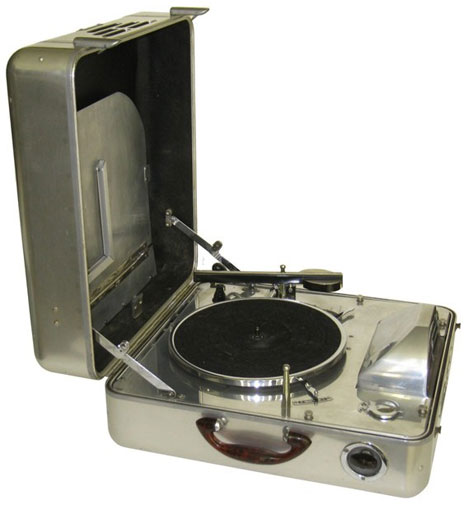 The Model K was relatively lightweight, being made out of aluminum, and the suitcase-style design featured its own speaker, a classy and reflective protective plate, and pockets to carry records. 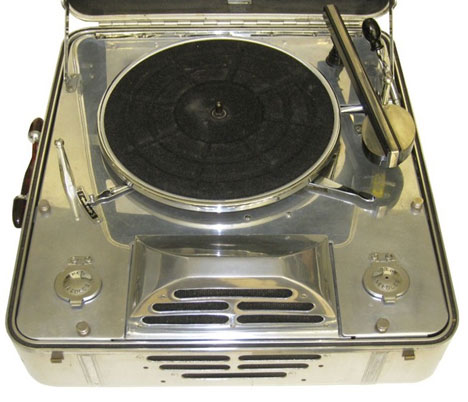 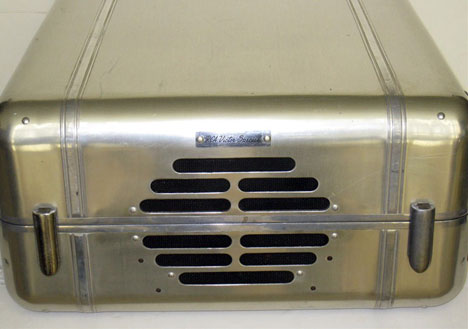 Note the little design touches like the tabs for the record slots and the rounded cutout so you could get your mitts on the records themselves. 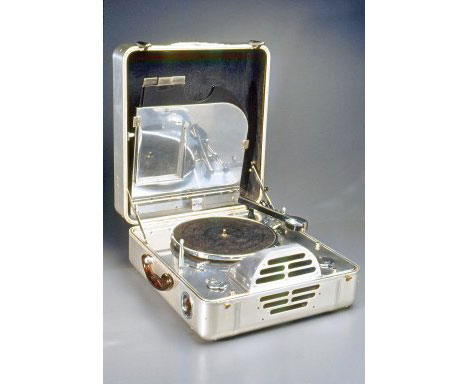