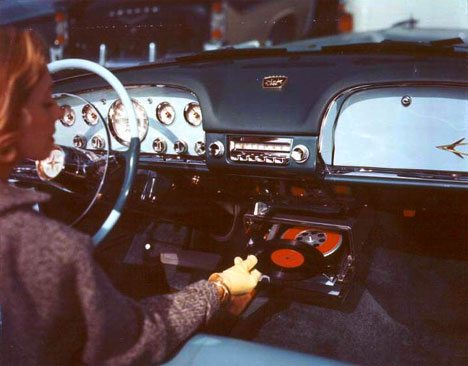 In the 1950s Chrysler experimented with an in-car record player that used custom, super-slow r.p.m. records to avoid skipping and scratching while driving. Speaking of scratching, Chrysler scratched the option after just one year, as the players were unreliable yet required to be fixed under warranty coverage. 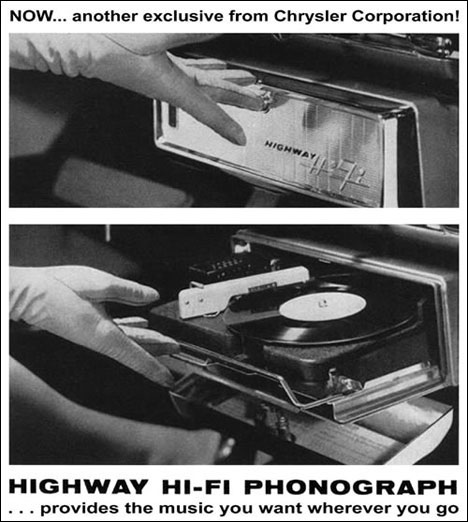 By the 1960s miniaturization was well familiar to consumers, as the 1950s had seen a wave of transistor radios coming out of Japan. The Baird Emerson Wondergram wasn't much bigger than a transistor radio, and the form factor has shrunk to become narrower than the record's diameter. 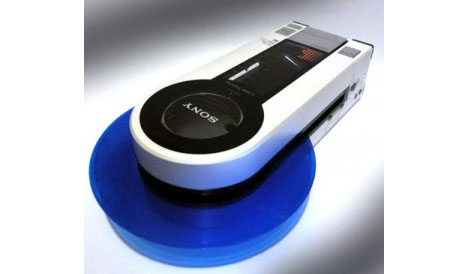 Style-wise it was clearly related to early incarnations of the Walkman. As a testament to Sony's engineering, you will still occasionally see these pop up on eBay...in fully-working condition, despite a complete lack of corporate support. They don't make 'em like that anymore, and I mean that in more ways than one.