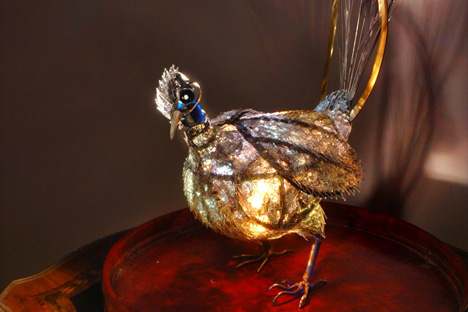 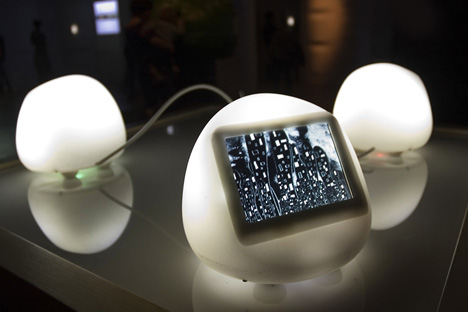 Queensland-based art, design and media studio Kuuki is currently showing Lumia: art/light/motion at the State Library of Queensland. The exhibition features a series of new media sculptures that lie squarely at the intersection of art, science and technology, a veritable menagerie of interactive critters—or, more broadly, organic forms. 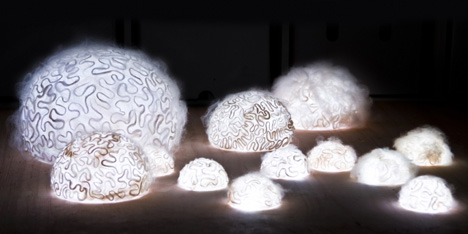 Lumia addresses a broad range of biological and ecological themes, from "e. Menura supurba" (pictured at top), a robot lyrebird that learns behaviors through mimesis, to "Flower Animals" (above), which provide an abstracted real-time visualization of water temperatures in the Great Barrier Reef. 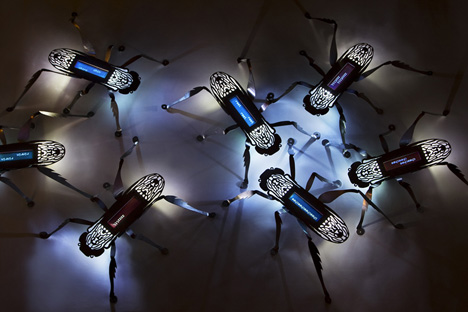 Meanwhile, "Suzumushi," an array of cyber-crickets, cleverly alludes to Information Age epiphenomena:This silent swarm of stylized crickets is downloading data from Internet and catalogue searches being undertaken by the public at the State Library Queensland. These searches are being displayed on the screen on their backs. Each cricket downloads the searches and communicates this information with other crickets. Commonly found searches spread like a meme through the swarm.

In this work memes replace the crickets' song, washing like a wave through the swarm and changing on the whim of Internet users. When one cricket begins calling others, the swarm may respond to produce emergent patterns of text. When traffic is slow or of now interest to the crickets, they display onomatopoeia.

The work is inspired by R. Murray Schafer's research into acoustic ecologies. In the 1960's Schafer proposed that many species develop calls that fit niches within their acoustic environment. An increasing background of white noise dominates the acoustic environment of urban human habitats, leaving few acoustic niches for other species to communicate. The popularity of headphones and portable music may be seen as an evolution of our acoustic ecology driven by our desire to hear expressive, meaningful sound, above the din of our cities. 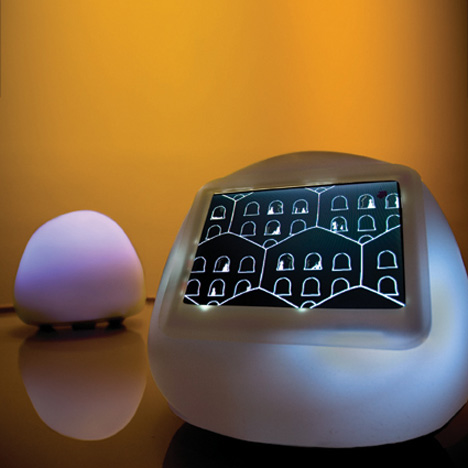 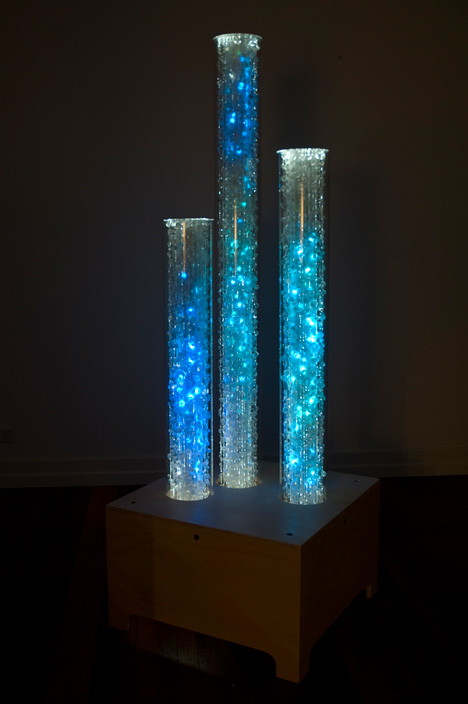 If their names are any indication, "Charmed" and "Distracted" (both above) are less explicitly zoological, though they both address the environment—at hand and abroad, respectively. The former resemble "highly-evolved snow domes," inviting touch and displacement, while the latter conceptually and morphologically evoke icicles. Check out the videos for more details on the process and execution of these works.

The series of work is meaningful on multiple levels, synthesizing data from history to biology in the diverse range of brilliant, multimedia sculptures. 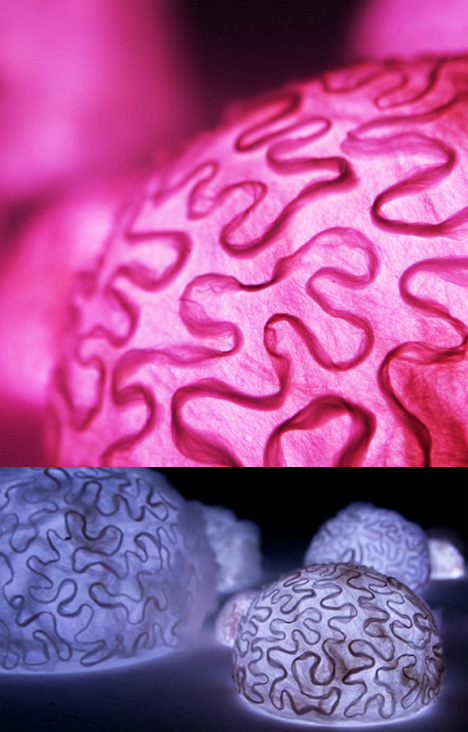 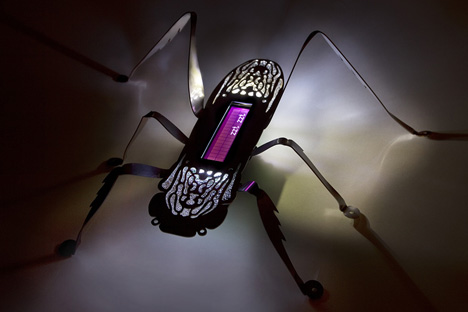 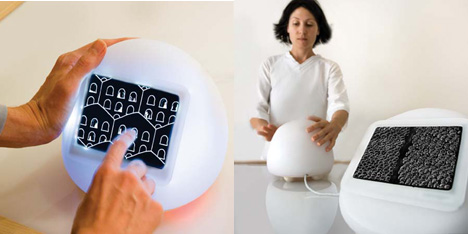 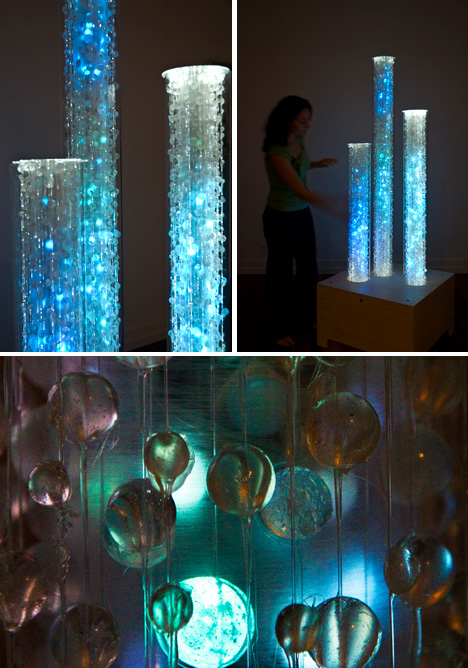 Lumia: art/light/motion will be on view at the State Library of Queensland through June 5. 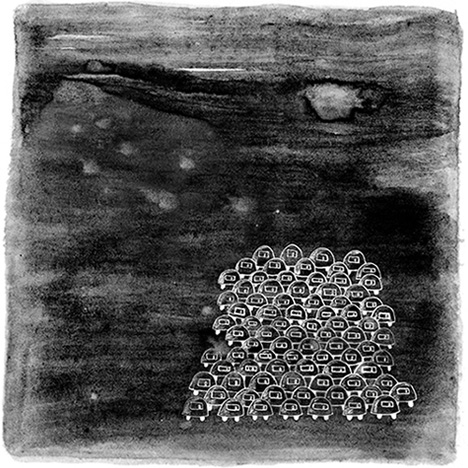