Where in the World is Carmen Sandiego? Check Her iPhone Tracker 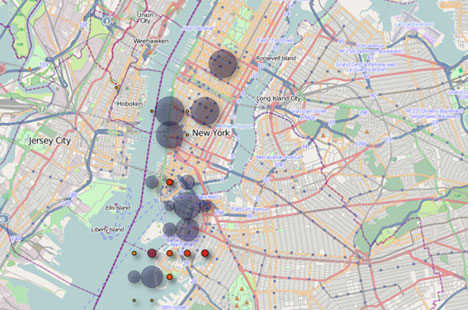 In September of last year, a Frenchman named Paul Corbis published an article on his website pointing out that the iPhone does something unexpected: It saves the location of every single cell phone tower it ever pinged off of from the time it was first activated. In other words, it stores a complete record of your whereabouts. The article seems to have gone largely unnoticed by the public.

Now two British developers, Alasdair Allan (Senior Research Fellow at the University of Exeter) and Pete Warden (an ex-Apple software engineer) have released an open-source app called iPhone Tracker. It retrieves the data your iPhone is already automatically storing and displays it, providing a cool if somewhat creepy visualization of where you were at any given time. 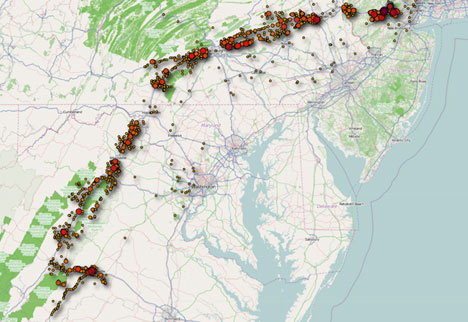 The images here are from Fast Co's Cliff Kuang, who downloaded the app—which resides on your desktop machine, by the way, and not your phone—and revealed images of a typical day for him in NYC, as well as a roadtrip he took to the Blue Ridge Mountains. Kuang presumably did not stop to commit any bank robberies along the way.

Where in the World is Carmen Sandiego? Check Her iPhone Tracker