Tradition vs Progress: The Art of the American Fire Helmet

There is an old adage in the firefighting community that the profession is 150 years of tradition unimpeded by progress.

The original fire helmet, then called a fire cap, was designed in 1731 by Jacobus Turk for the Fire Department of New York in order to distinguish the department from competitors. (Scarily enough, firefighting was once privatized—just like in the movie 'Gangs of New York.')

An ornamental eagle—with no related significance—was added to the helmet design around 1825. A 1930 New Yorker article points out that the eagle "sticks up in the air, it catches... on telephone wires, it is always getting dented... every so often, some realist points out how much safer and cheaper it would be to do away with the eagle, but the firemen always refuse." The eagle still exists as an integral part of the helmet today. 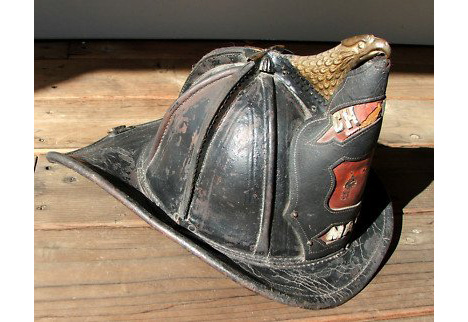 The colors of the helmet, however, do have importance. Black generally denotes a private/basic firefighter, yellow or red can denote a lieutenant or captain, and white denotes a chief. Sometimes all of a department's helmets are black, while only the colors of the helmet badges denote rank. Lastly, Alcohol Tobacco & Firearms (ATF) fire investigator helmets are bright blue. 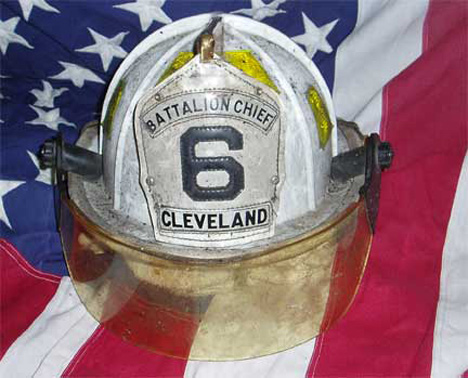 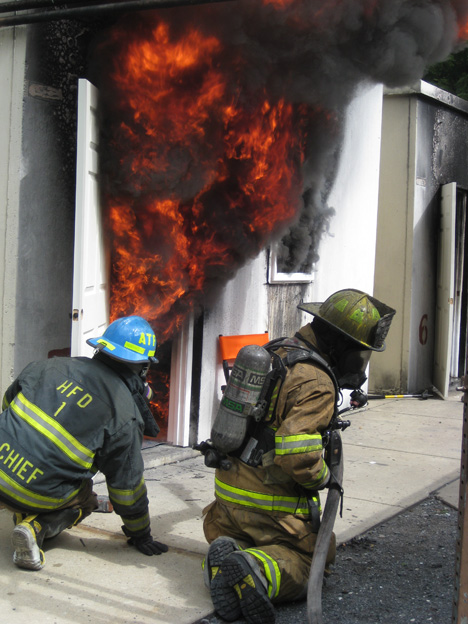 Three main types of helmets are currently used in the United States. The "leatherhead" is just that—constructed almost entirely of leather. The leather's resistance to heat actually rivals that of modern composites. The large brim that dips down in back is designed to keep hose water dripping off of the ceiling out of the face. The leatherheads are used in fighting regular fires. 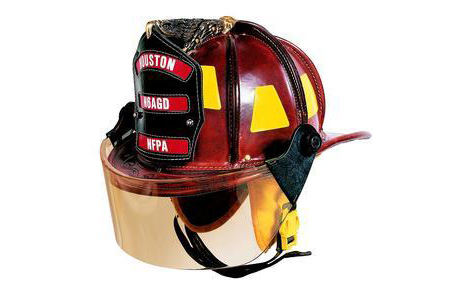 The second type is the structural helmet, a more streamlined version of the leatherhead, constructed of thermoplastics or composites. These helmets are used for structural collapses and extrications. Goggles, instead of a face shield, often sit on the front of the helmet. 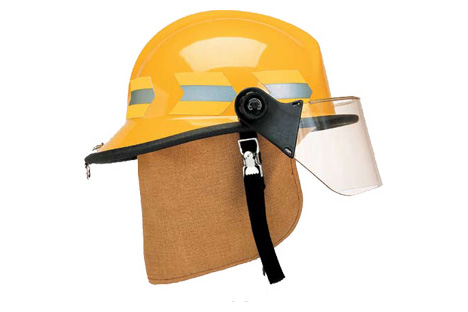 The last type is the European-style helmet, which looks like a cross between a motorcycle helmet and something from Star Wars. The design is purportedly much more comfortable and practical. But, as one firefighter put it, "I've been involved with fire departments in four states...and in seven years have seen a grand total of two [European-style] helmets... these guys were... universally afraid of being mocked for wearing something new, different or 'unfashionable.'" 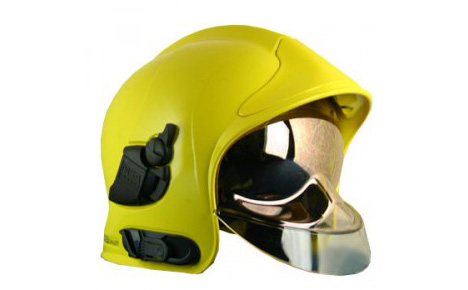 The helmet has uses other than just protection. If a firefighter is trapped on a floor of a burning building, he will toss his helmet out the nearest window, signaling to others below on the street that he needs help.

Similar to military traditions, firefighters will decorate their helmets with personalized messages or stickers in addition to the reflective trapezoids already on the helmet. The helmet transcends from a simple piece of equipment to a kind of talisman—a piece of the firefighter's spirit.

Redesigning the fire helmet - both a marketable product and a symbol deeply ingrained in American culture - to satisfy firefighters' physical, mental, and emotional needs could be the industrial design challenge of a lifetime.