Festival of Ideas for the New City: The Heterogeneous City 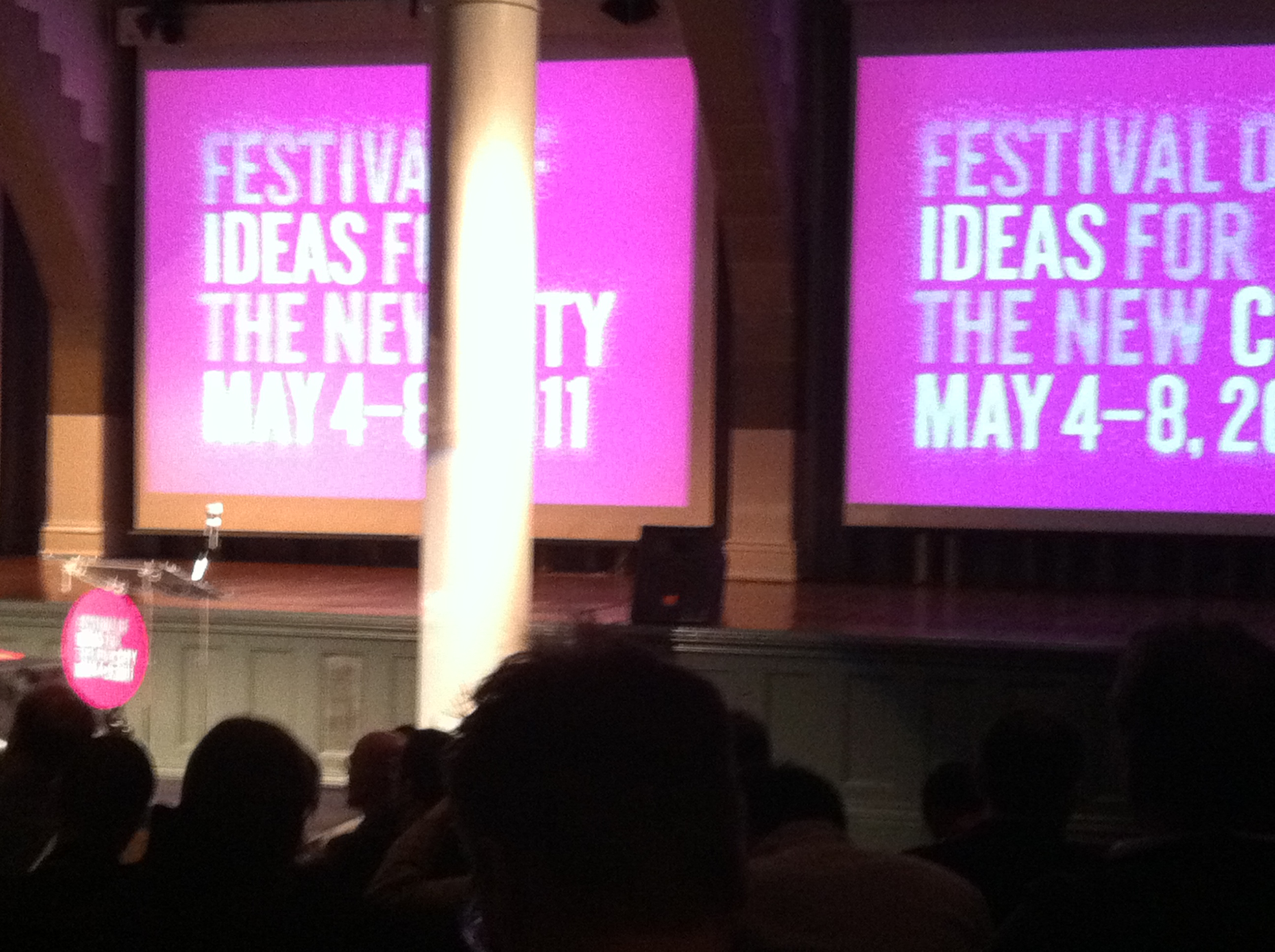 Festival of Ideas for the New City

The panel discussion on the Heterogeneous City brought together five different accounts of heterogeneity in New York City in terms of history, culture, zoning policies, industry demographics, and its public spaces and architecture.

The panel kicked off with Jonathan F.P. Rose's remark that humans in the city tend to view their surroundings in either the individualistic "Me" map or the colllectivist "We" map that is more aware of social networks.

Suketu Mehta, professor of Journalism at New York University, credits the "generosity and the reduction of personal space" as necessary cultural shifts to be made by inhabitants of ethnically diverse megacities facing population booms and infrastructural lag. Mehta makes an especially articulate and passionate appeal for a New York that in its current Disneyfied state could also accomodate the quality of a city that is "unpredictable and many-splendored," and praises (or eulogizes) a kind of citizen that might be long gone: the "good New Yorker"—one who in the past decades, remained in New York even when it didn't make economic sense to do so.Designer Vito Acconci whose studio explores the many social and performative aspects of public space, claims that his interests in "architecture [and design] is more about time than space." He cites the opening sequence of Alain Resnais film "Last Year in Marienbad" as an inspiration.

The major theme of the discussion was the fact that the New City (or is the New City just New York in disguise? Since New York is, in most of the panelists' cases, their specialty) is going to be one whose definition of relationships between family, friends, businesses, political and civic duties were going to be, if not already, radically different from the types that existed in the past, and with many unforeseen variations we are going to have to learn how to adapt to and house.

Though all the panelists were working towards an understanding that heterogeneity is a crucial element in understanding of the DNA of the New City, Acconci was the only panelist who made it clear that we need to accept and understand that our idea of family and friends is changing due to technology.

Perhaps most poignantly, Acconci remarks that although our idea of "we" may be constantly changing, he asserts that it is only by shedding old notions that we can make room for letting in new connections and new possibilities.

Festival of Ideas for the New City: The Heterogeneous City