BrokenOff BrokenOff: Marc Thorpe, "Call Me or Copy Me" 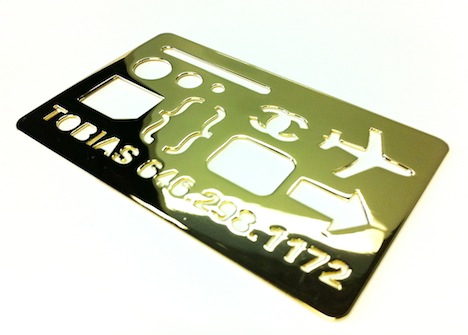 "Call me or Copy me," Design by Marc A. Thorpe. Original Tobias Wong business card circa 2001. Plated in 18 Carat Gold.

When industrial designer and architect Marc Thorpe first moved to New York City in the early aughts, he was frustrated. He saw the design scene in the City as overwhelmingly competitive and self-centered. "I would go to an opening and it would always be about me, me, me," he related. So Thorpe began to ask the question, "Why don't these young, talented people really get together? Why can't we all be friends?"

In 2002, Thorpe mounted Bside, an exhibition that was his answer to the frustration; a meeting ground of design talent where ideas would be exchanged and conversations could naturally occur. Local and international talent like Stephen Burks, Didier Faustino and Tobias Wong exhibited. The program was so successful that Bside exhibitions were organized for the two following International Contemporary Furniture Fairs (ICFF) in New York. 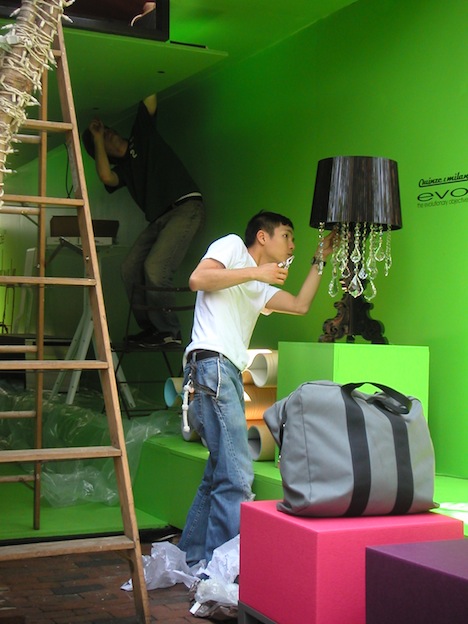 A few years ago, after taking a hiatus to focus on his studio work (architectural and object design), Thorpe reached out to his friend, the designer Joe Doucet. "Look man, we really have to do something," Thorpe recalls. "There are so many talented people here and we really need to get these guys in the same room. Let's do this."

And with that, it began. Innumerable drinks, studio visits, personal and professional conversations later, a loose group of nine New York City designers are finally staging an exhibition two years in the making. Marc Thorpe shares the story of the upcoming Brokenoff Brokenoff exhibition, a tribute to the life and work of Tobias Wong.

Marc Thorpe: So, it was just Joe [Doucet] and I talking in a bar and that was it. And then the next thing you know Dror [Benshetrit] is there. And he's drinking and we are talking and we are getting to know each other more. The next time, Stephen [Burks] shows up and it was like, "Yeah, yeah, it is super cool man, what's going on? How you doing?" And then we started talking. And we were talking about design and we were talking about life.

This dialogue that we started has no name. There is no group. There is no nothing. What it evolved into, and evolution is the key word here, was this interest in trying to collaborate on executing some sort of intervention or some sort of project where these nine established designers could get together to further the conversation of design and art and life in New York. Tobi was one of the talents that was in this group.We got to a point where we were invited to do a show at the Bensimon Gallery in Paris. And we started putting together a brief on what direction or proposals, what we would do there. Last year in early May, we all met at Stephen Burks' studio in Williamsburg to go over that project. Everybody. It was great. We are all there—Todd [Bracher], Dror, Stephen, David [Weeks], Joe, Tobi, Josee [Lepage], myself and Brad [Ascalon]. Tobi was the most active participant in that meeting—he just sat there the whole time with like Ray-Bans on inside. It was just rock star, like "Yeah, yeah, yeah, we got to do this, we got to do this. We got to do that." And he was really into it. So, it was fun.

And then Tobi dies. Like right after that. So everything stopped. One of the first things was a meeting at Cappellini. Frederick [McSwain] invited us. And we were all there. We put up Tobi's quote on the glass. We had that done.

Then the conversation began, "What do we do now? Should we do anything?" Very loosely we started to talk about doing some sort of tribute to him. And I tell you what, you think it would be easy to just do, and it really wasn't.

[One year later and after some false starts,] with Odile [Hainaut], Claire [Pijoulat] and Gallery R'Pure's involvement, it gave everybody the green light to get inspired and get the work produced. So, myself and Fred set it up, and Josee suggested that everybody take one piece from Tobi and riff on it. Let's break off, broken off.

Core77: Let's backtrack a little bit, how did you meet Tobias?

I met Tobi through Stephen Burks. I was organizing the Bside exhibition he said, "You have to meet Tobi Wong." When I met him it was like a breath of fresh air. I had never seen anything like [Wong's work] before. I had just moved to New York, I was at Parsons School of Design studying architecture in a Master's program. It was a completely different methodology in terms of design. And then you've got Tobi making a fucking lamp out of a Philippe Starck chair. It was just like, I love this guy.

Tobi embodied freedom. For me that was such a beautiful thing. He was completely free. He wasn't owned by anybody. All the way through. I remember him talking about his struggles with whether to become more commercial. How many times did Julio Cappellini come to him and say, "Send me your designs and we can put them into production." I mean, think about that. Every designer on the planet wants to design for Cappellini. And this guy has got Julio personally telling him to do it. And he is like, "No." He just doesn't care.

He is just a genius and the ultimate in anti-conformist punk rock approach, which is needed. 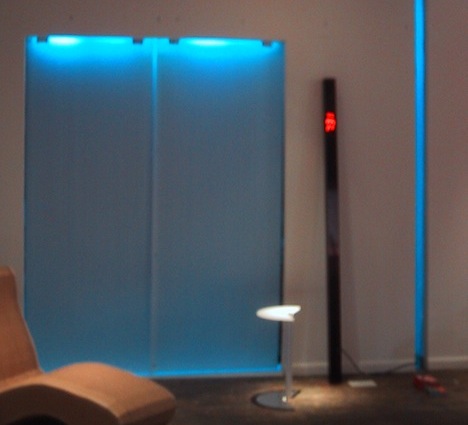 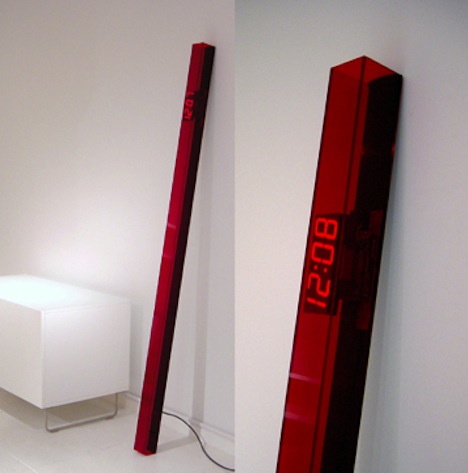 For you, Tobias life and work represents freedom. Do you have a story you can share with us about your relationship with him that represents this spirit?

When I first met him, he hands me a business card and says, "Call me or copy me."

Yeah, I mean, what the fuck? Not only is it this laser-cut piece of plastic which is designed like a stencil but you can look at it as a sort of metaphor for a piece of design—everything from questioning authenticity and originality to the actual process itself of making that thing. It was an eye-opening experience. And for somebody to say, "Call me or copy me," is liberating. It is also extremely humble. It has an edge of wit and humor suggesting that you are not supposed to take things too seriously and that when you do you kind of kill them.

For me, that changed everything. My personal business card is modeled after his. It is a laser-cut plastic card that has stuck with me forever. A completely different design, obviously, but it is part of me. 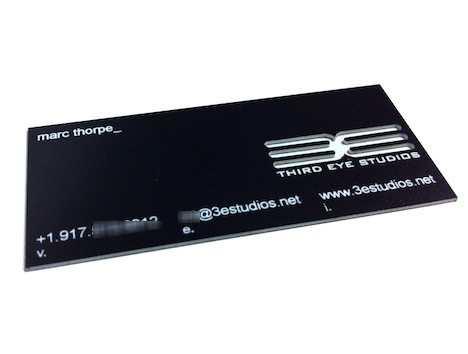 When the idea of interpreting a piece of his [was proposed for Brokenoff Brokenoff], I thought, "You really can't do that." The best thing for me to do was to take one of his actual pieces, his card, and I gold-plated it. I framed it up and it is a one-off Brokenoff piece. He would never gold-plate his own card, he'd gold-plate some other thing. And he would really, I think, appreciate that in some way.

Why wouldn't he gold-plate his own card?

That would be draw attention to himself and that is not him. His quest was always trying to find a way to suggest something or call into question or subvert this for that. And it was always commentary on his environment and the world around him. He was never interested really in himself at all.

So, it was open for me to do it. It is the original card that he handed to me so it is actually real plastic, gold-plated in 18k gold.

I like that it kind of comes full circle from the time that you guys met to this tribute.

Exactly ten years. It is ten years to the day.

What do you hope this kind of tribute exhibition will accomplish?

The exhibition itself will reflect that dialogue that we were having. We actually came together and worked together; that was the ultimate goal that Tobi was involved in. He was really more interested in the conversation and seeing the direction that it would go, whatever the direction that was.

The end result for this is that it is not an end. It is really about a continuation of this conversation. And that is going to lead into more things, the next thing, whatever that is. And Tobi will go along for the ride.

» Brad Ascalon, "Reflection"
» David Weeks, "There is Something About Giving Into Your Desires"
» Josee Lepage, "Times of New York"
» Frederick McSwain, "Die"

BrokenOff BrokenOff: Marc Thorpe, "Call Me or Copy Me"