The Rochester City Newspaper has a write-up of RIT's first-ever Industrial Design Senior Show, which will be up until May 20th. The show was organized entirely by students, and we applaud both their moxie and their high level of talent. Here are a few shots: 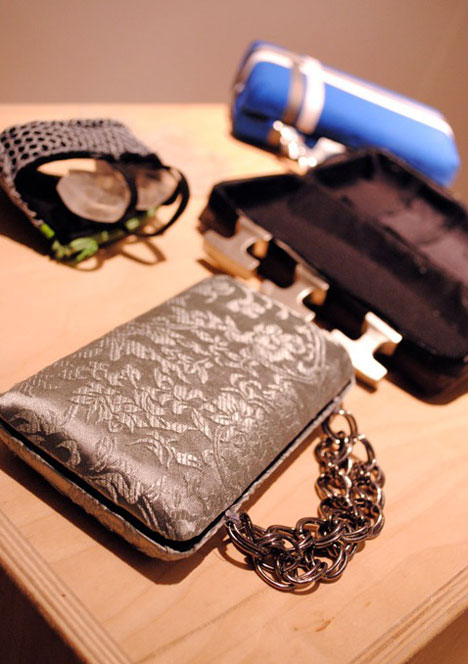 Mary Kobler and Courtney Theese's "Pound It" purses (above) are essentially weaponized handbags, designed for self-defense. Dan Fritz and Yuting Hwang had their "Quill Light" and "Now and Then" lighting projects, respectively (below), on display. 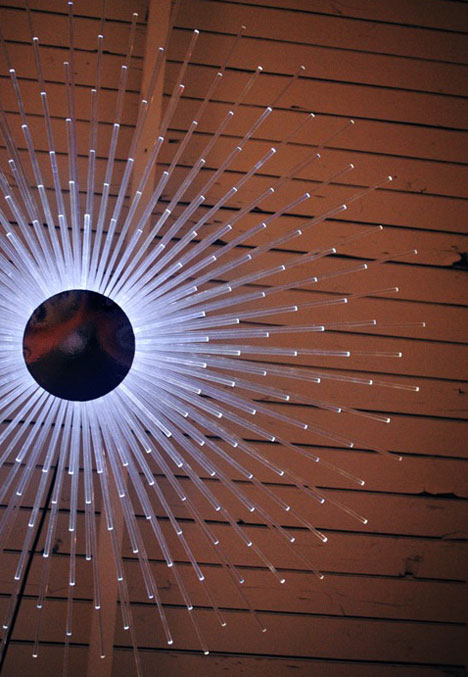 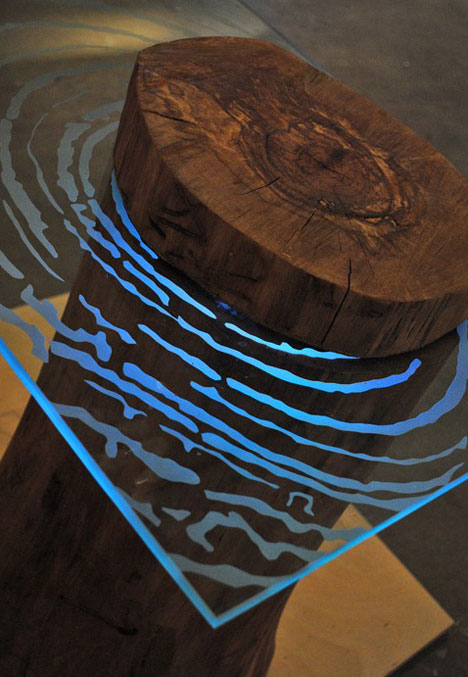 The students presumably burned the midnight oil setting up the show; all of the ones mentioned above are Coroflotters, but the new projects haven't popped up in their books yet.

By the bye, all of the photos here are by Rochester-based photographer Matt DeTurck, who is incorrectly credited as "Matt DeTruck" in the original article.