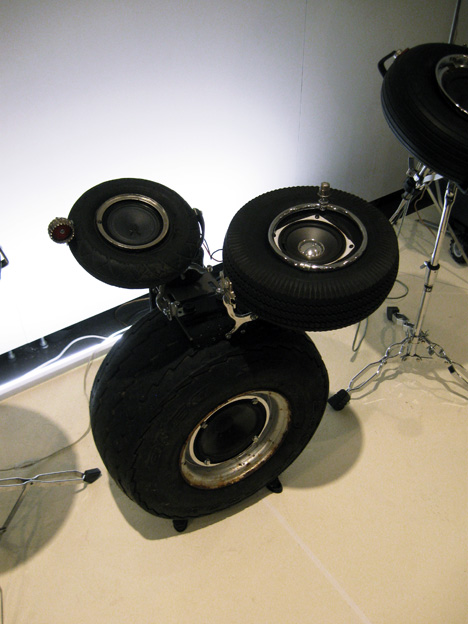 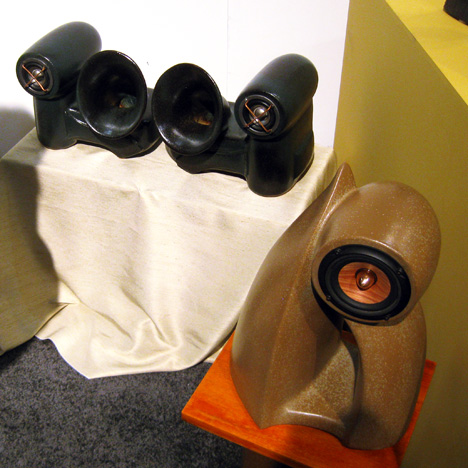 Among the wide range of home furnishing and housewares at the ICFF this year, two audio systems caught my eye. 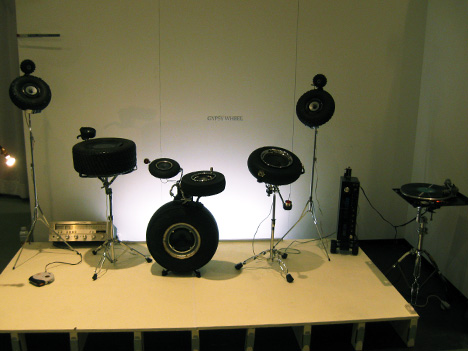 First up, we have Wang Jinsheng's "Gypsy Wheel," an array of salvaged tires that have been outfitted with speaker cones and mounted to drumkit hardware. Closer inspection reveals that Wang has also incorporated bicycle components—namely, brake levers and calipers—into the design, adding another allusive element to the intriguing hybrid of art and design. 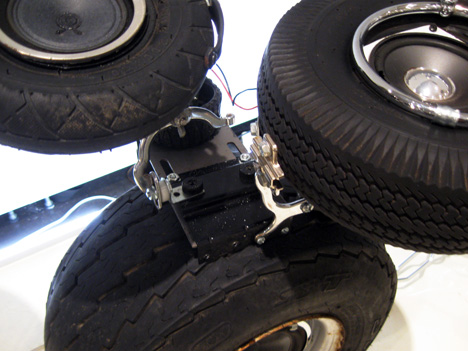 Of course, I was unable to judge the sound quality, given the unforgiving acoustics of the convention center, though "Gypsy Wheel" is obviously intended as more of a showpiece than an audiophile's dream soundsystem. The artist admitted that his clients include restaurants and bars, who are welcome to commission bespoke installations from the Brooklyn-based artist. 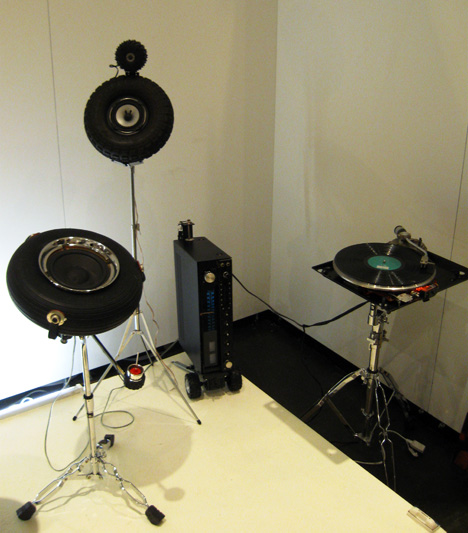 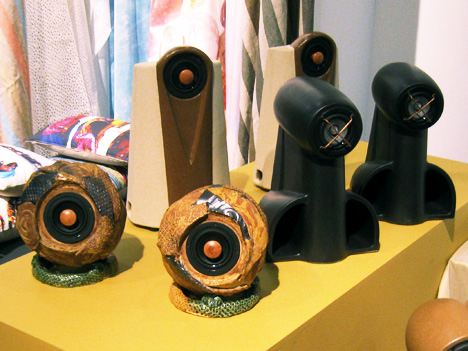 Ceramic Art Speakers, on the other hand, are a Japanese company that specializes in the very same. The speakers are further distinguished by "Back Load Horn" technology—"made possible only with ceramics"—which boosts amplifies by up to 20dB compared to similarly-sized bookshelf speakers while preserving frequency range and audio quality at any volume. 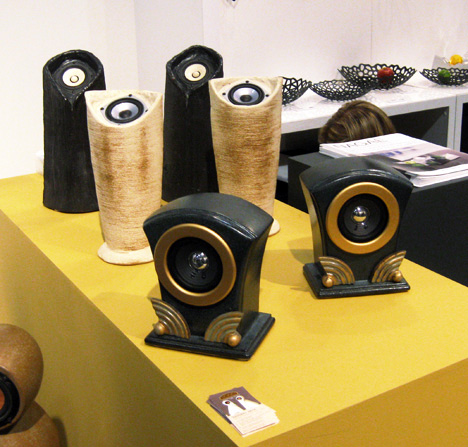 Again, it was difficult to discern the nuances of the sound reproduction in the tradeshow setting. 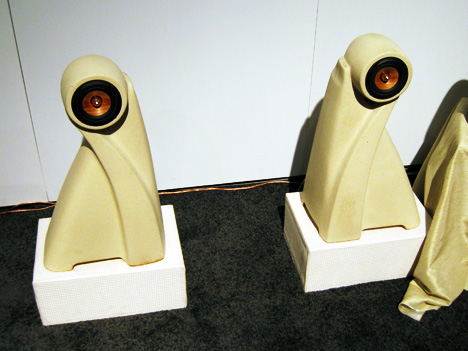 The retro, Art Deco designs represent a stark contrast with the grittier reference points of "Gypsy Wheel," where the former are overtly decorative—something like lamps that provide sound instead of light—and the latter is almost a curiosity alongside modern and contemporary furniture designs. (The two booths were, appropriately, on opposite sides of the Javits Center.) 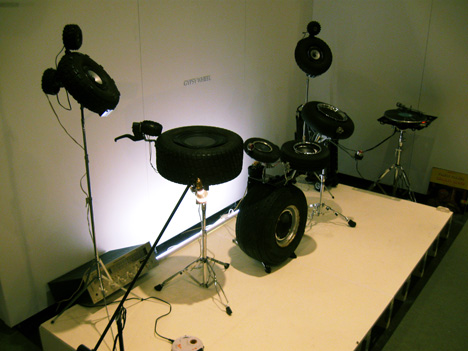 Even so, both "Gypsy Wheel" and the Ceramic Art Speakers certainly embodied a rather different aesthetic than the rest of the work at ICFF... though it strikes me as entirely unrealistic to demo audio fidelity in one of the largest indoor spaces in New York City.