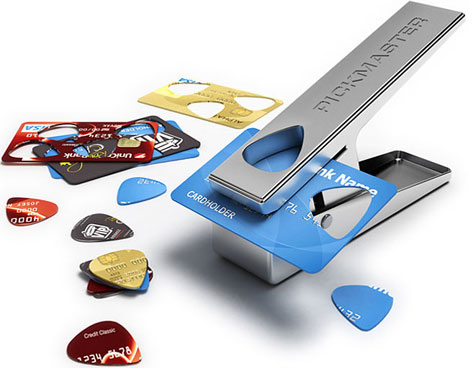 We're digging the Pickmaster Plectrum Cutter, a simple metal punch that lets you turn any piece of sheet plastic, like your roommate's ATM card, into a guitar pick. (Yep, "plectrum" is the dictionary name of those little rounded triangles.) 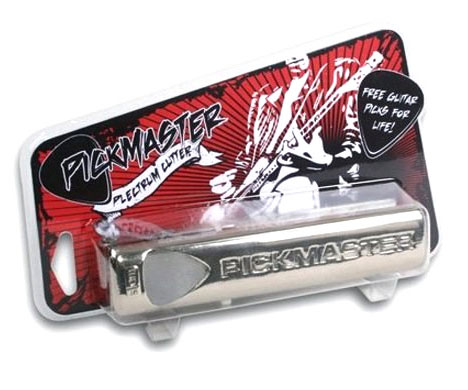 Alas, the $32 punch is so popular, it's currently out of stock. Amazon UK doesn't know when they're getting more, but a website called Prezzy Box is claiming they'll be back with more in July.

Update!: This post generated a ton of traffic, so apparently Core77's got a latent guitar-playing readership. Two of you were quick to point out that a nearly identical device called the Pick Punch has been in production since 2009, produced by a guy named Von Luhmann.

UPDATE 2: As of September 2011, Prezzy Box has more Pickmasters in stock.