Coca-Cola's "Give it Back" Green Initiative 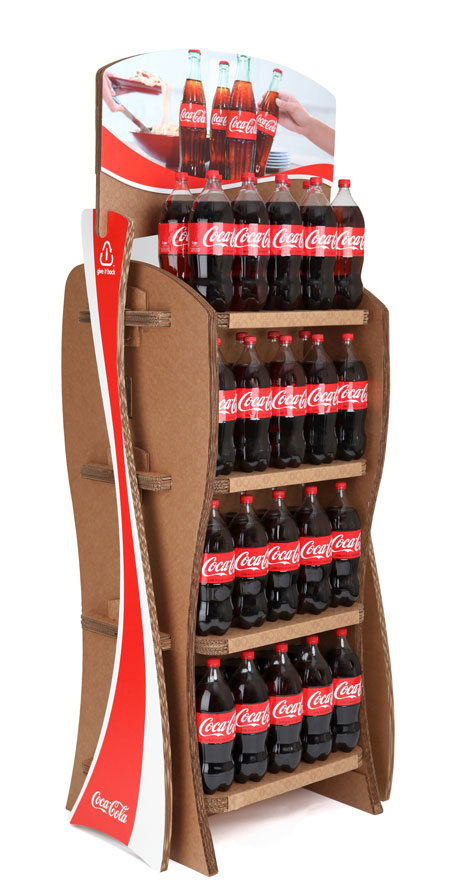 Coca-Cola has launched a new green initiative called the Give it Back rack, a POP display made from recycled Coke packaging. The idea behind the cardboard shelving unit is that retailers are asked to return them to Coca-Cola at the end of their useful life, at which point they're recycled. 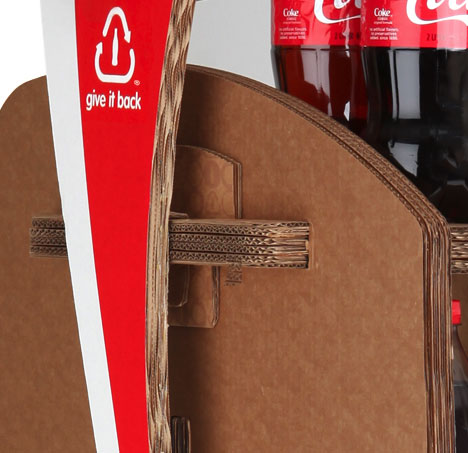 If we look past the marketing spin—all POP displays made from cardboard packaging are recycleable, so that's not new—what we do see and like is that Coke has chosen to design the units with areas of exposed cardboard, including unfinished edges, drawing attention to the humble material itself. We applaud this decision because it is somewhat risky; it can either be perceived as cheap and shoddy or, we hope, will lead the viewer to conclude that if corrugated cardboard is good enough for a corporate giant like Coke, it has perfect validity as a structural material. 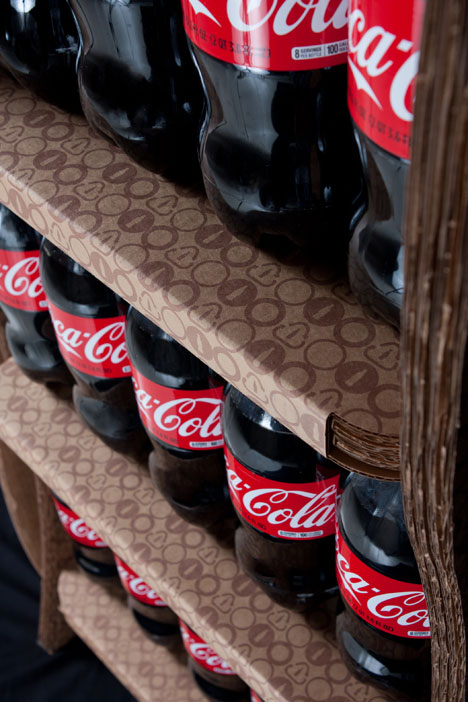 Another reason this is an important move made by Coke is that it has the potential to spur competitors to devise their own recycleable initiatives, sparking a sort of green arms race that will shame the '80s rocker cola wars. And best of all, Coke claims the corrugated cardboard design is just "the first in a family of recyclable displays that is coming from Coca-Cola, including a rack made entirely of recycled PET plastic."

You can see video of Bruce Karas, Coca-Cola Director of Sustainability & Environment, discussing the initiative here.

Coca-Cola's "Give it Back" Green Initiative