Jeroen Verhoeven is one of the principals of Demakersvan, a Rotterdam-based studio he founded with his twin brother Joep and Judith de Graauw, who they met while studying at Design Academy Eindhoven. Last week saw the opening of his first solo show in the UK, The Curious Image, at London's Blain/Southern gallery. 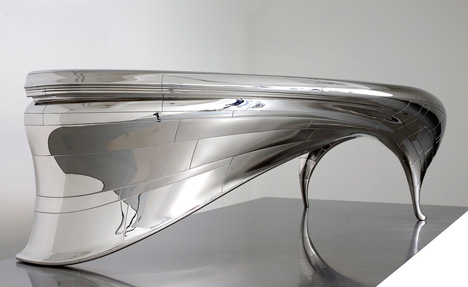 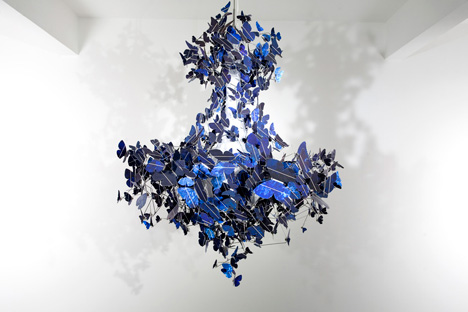 The exhibition includes two disparate works, both from 2010: "Lectori Salutem," a retro-futuristic chrome desk that marks the intersection of streamlined modernity and machine-age craftsmanship, and "Virtue of Blue," a chandelier "featuring 500 solar panels cut into the shapes of four different breeds of butterfly," combining the decorative arts with contemporary functionality. 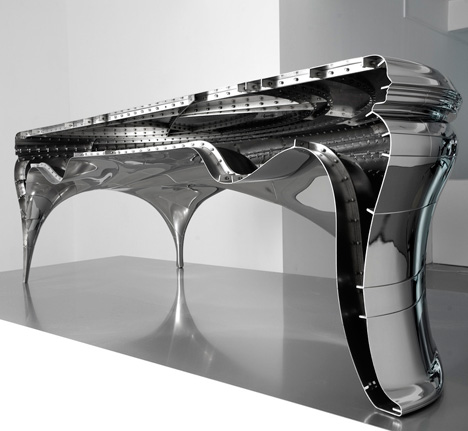 "Lectori Salutem" evokes a few obvious reference points—Anish Kapoor and Damien Hirst come to mind—though details such as silhouetted profiles (of the other two partners of Demakersvan) add a more personal touch to the sleek steel form. The work also marks the evolution of Verhoeven's "Cinderella Table" (2005), pictured here, a CNC-milled, manually-assembled piece based on 17th- and 18th-century wood furniture. (It's also worth mentioning that "Cinderella Table" has found a prestigious home in the permanent collection of both MoMA and the V&A Museum.) 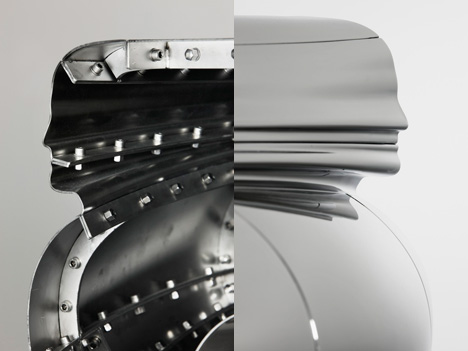 The cutaway portion reveals the actual construction, rivets and all, behind the highly-polished lines of "Lectori Salutem's" façade. As Verhoeven sees it, the exposed facet provides necessary contrast to its sinuous exterior: "We are storytellers, from fantasy to factory. from statement to product." 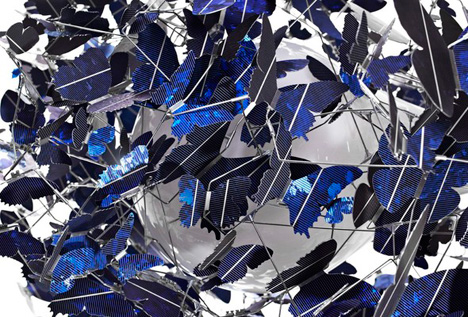 Where "Lectori" represents dualism, "Virtue of Blue" has more to do with distinct parts and how they form a coherent whole. The piece is equally cerebral, but more for its high level of detail than its formal qualities: here, a swarm of butterflies echoes a school of fish as they engulf a hand-blown glass bulb.Powered by sapphire-blue solar panel cells, the piece is intrinsically self-sustaining as it absorbs the energy of daylight to fuel its own illumination... The semiotics of this design are highly significant as the butterflies become signifiers of the light's self-sufficiency; physically, these insects also power their own bodies, using their wings to absorb the rays of the sun, in turn raising and sustaining their own body temperatures to that which is necessary for their survival. 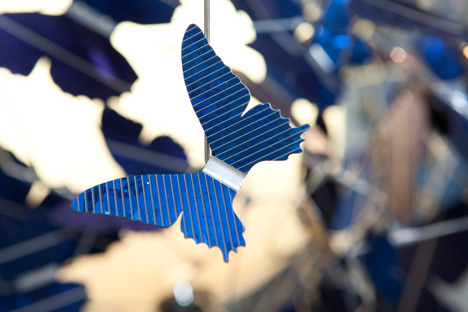 The Curious Image will be on view until July 16th. Blain/Southern 21 Dering Street London W1S 1AL 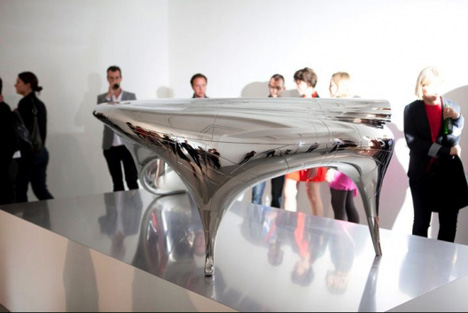