...or not fun (again?), depending on how much more you like one activity over the other. 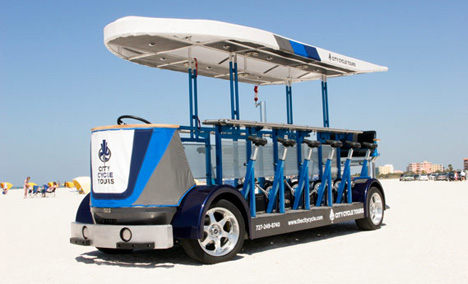 That's right, St. Paul's Caztek Engineering has combined (at least) two good ideas into a single, arguably less sensible one: the City Cycle is a mobile pub and a people-powered bus. It's unclear as to whether the idea of a combination bus+bar or a bus+bike came first, but either way, Caztek has arrived at a vehicle that involves "bicycling while seated at a bar-rail perpendicular to the direction of travel."

You can bet your compound drivetrain that we have video and documentation:

If the City Cycle seems a bit ill-suited for the Twin Cities—which boast a strong cycling culture despite brutal winters—the appropriately slow-moving inebriation / transportation hybrid was actually designed for City Cycle Tours, LLC, of St. Petersburg, Florida. Similarly, president and project lead Casimir Sienkiewicz of Caztek acknowledges both his debt to their European predecessors and the practical issue of cycling under the influence:Rhett Reynolds of City Cycle Tours provided us with the uncommon opportunity to do a ground-up, design-and-build project. Similar contraptions are quite popular in Europe where they operate as group events, even allowing the consumption of beer for the pedalers. Of course, the driver, who is in complete control of the vehicle, is an employee of the rental company and is not allowed to consume alcohol. 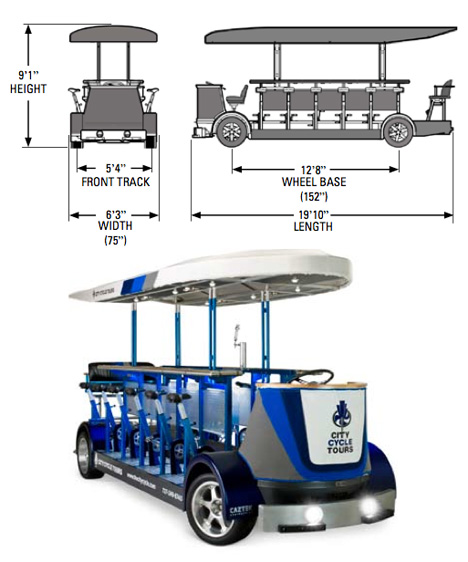 While I have my doubts about whether it's a particularly efficient mode of transportation, it's definitely a "party on wheels": "Additional City Cycle features include in-floor coolers, ample storage, purse hooks, cup holders, LED lighting, a six-speaker sound system and built-in keg storage." 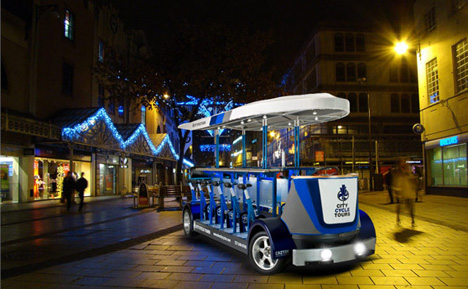 I also like that its name implies that "City" somehow equals "Drinking." 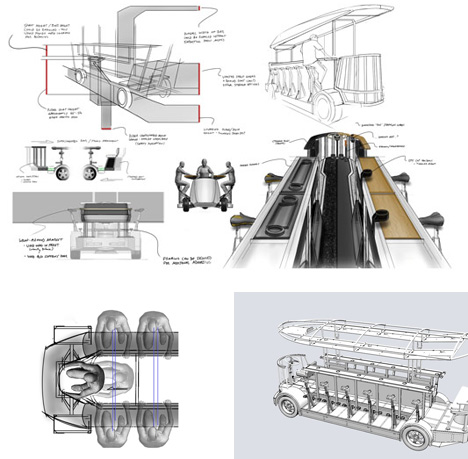 As for the actual innovation behind the design, the City Cycle was initially modeled in 3D CAD (SolidWorks), with a focus on user experience, "the goal being to not only comfortably accommodate many body types while efficiently powering the vehicle but climbing on and off safely, being able to socialize and enjoy the ride." A full, 4-link coil suspension ensures minimal spillage. 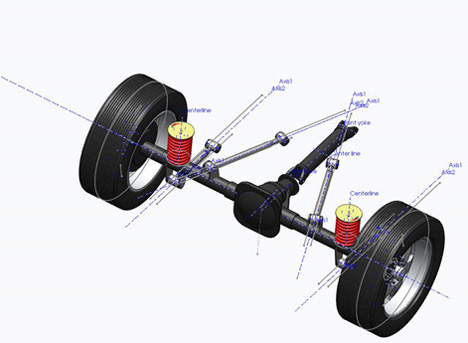 And what good would the dedicated website be if Caztek didn't provide the requisite series of making-of photos?