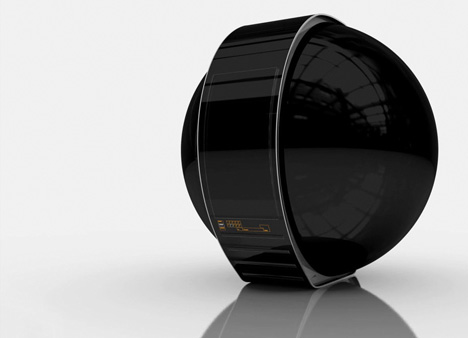 Architecture and design collective NAU and its sister company adNAU have developed a concept for the "Immersive Cocoon," a self-contained "digital experience" that consists of a spherical pod straight out of science fiction. The fully interactive environment transcends the traditional two-dimensional computing interface with the latest motion-detection technology.Imagine instead of a screen, a visual-audio environment that envelops you. Recreating the three-dimensional space we perceive in our everyday lives. Where work and play become more concentrated and enjoyable and allow one to depart on journeys you never thought possible. This is the promise of the Immersive Cocoon, a concept study for an advanced digital environment. 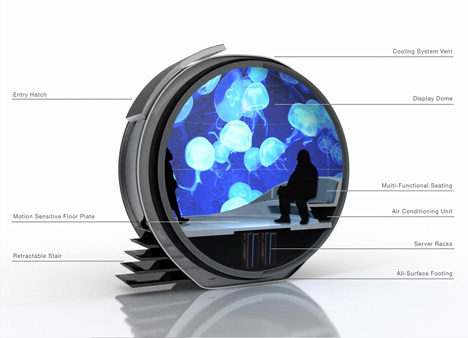 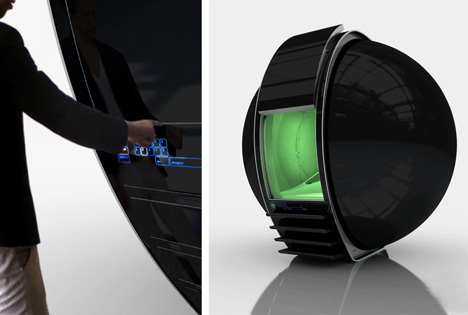 It's worth repeating that the "Immersive Cocoon" concept is not intended for production, much less commercial release; instead, it's "an idea to push the envelope and provoke a new conception of interface technology." 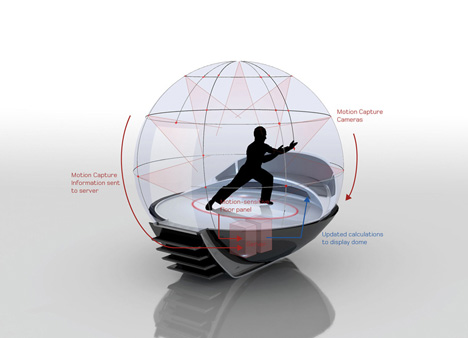 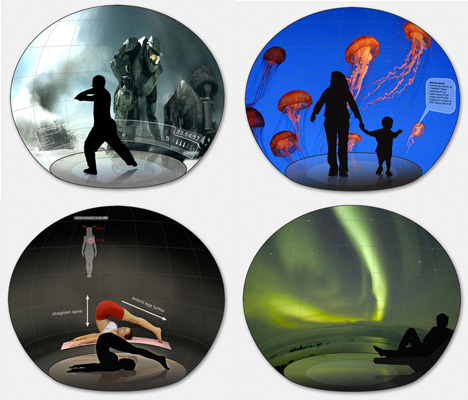 Thus, it is, or rather would be, built on a "3D motion tracking system developed by John Underkoffler, a former fellow of the MIT Media Lab." The opaque globe has a range of hypothetical applications, from learning, education and training to gaming and relaxation (which was my first impression)... though at some level, it must have been a nice excuse to produce the following teaser, which takes place in a "setting inspired by the penultimate scene from Stanley Kubrick's 2001: A Space Odyssey."

Starring that film's lead actor, Keir Dullea; "2011" was developed over a two year period. Live action was filmed multi-camera, against greenscreen atop a backlit plexi floor on a shoestring budget. Mr. Dullea was then integrated into an entirely digitally created CG set rendered at 1080HD. 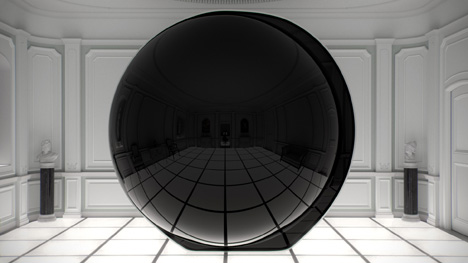 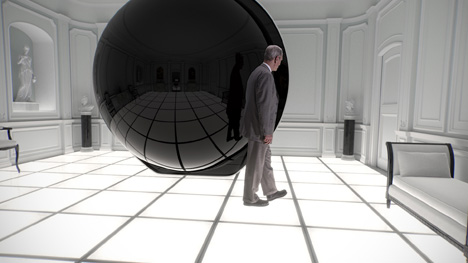 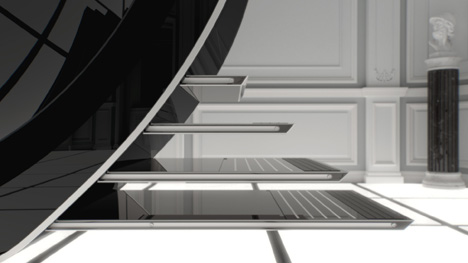