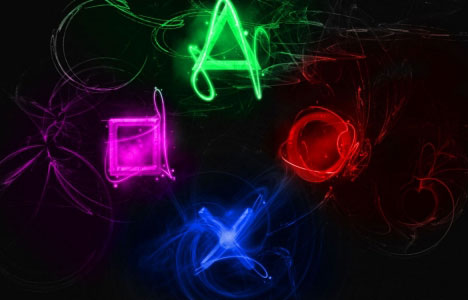 Ice-T once joked that U.S. prisons should be stocked with Playstations, stating that the engrossing quality of videogames would keep restless cons too preoccupied to worry about rioting and shanking each other.

There's no denying that a subset of youth (whether law-abiding or not) can get sucked into certain videogames for hours at a time, and I've always thought it a shame that interactive games were not written with educational mandates. On an abstract level, videogames share something with classroom instruction in that they present the subject with a series of micro-challenges that must be solved in order to progress to the next level. Locations and sequences become memorized through rote repetition, and a well-written game will keep players playing even through occasionally boring moments in order to achieve a particular goal.

Videogames do teach something, even if it's just when to use the railgun and when to throw a grenade. And if grade-schoolers can learn that certain Angry Birds can pierce wood but cannot pierce stone, it's not a huge stretch to think they could be taught, say, the material difference between polypropylene and polyethylene.

Earlier this month the U.S. National Endowment of the Arts ruled videogames eligible for artistic funding in the Arts in Media category, placing them in the same category as films, sculpture, or anything an artist might want to create to "enhance the public good" and which would cost money to execute, but would not be profitable. For a second this gave me a glimmer of hope that videogame manufacturers willing to produce not-for-profit educational games would apply for the funding, but the $200,000 cap is admittedly a bit south of the million-plus it takes to make a Call of Duty.Still, this will hopefully open the door—Fox News attacks on the ruling notwithstanding—for a hungry gaming company startup to develop videogames that leave something more useful than bullet trails seared into players' brains.

By the way, those interested in this subject may want to read Roger Ebert's Sun Times opinion piece from last year, "Video games can never be art."