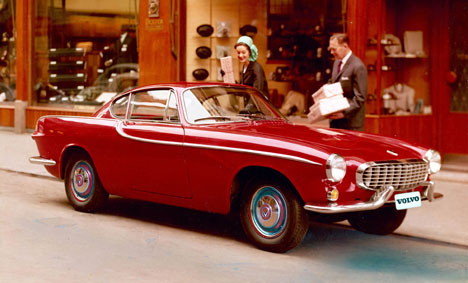 This year marks the 50th anniversary of the P1800, Volvo's uncharacteristically sporty coupe first produced in 1961. Surprisingly, the car, which was intended to be a prestige model and to pull passersby into Volvo showrooms, was designed—unbeknownst by the Volvo chief who green-lit the project—by a 20-something former Pratt ID student.

The story's a bit convoluted, but here goes:

Fact 1: A young Swede by the name of Pelle Peterson studied industrial design at Brooklyn's Pratt Institute in the 1950s before getting a job in Italy under Pietro Frua, a prominent car designer of the '50s and '60s.

Fact 2: In the mid-'50s, while the P1800 was being planned, Volvo President Gunnar Engellau decided the car should be Italian-designed. One of the footsoldiers charged with making this happen was Volvo consultant Helmer Petterson—Pelle Petterson's father. Fact 3: The elder Petterson quietly pulled some strings, and when four concept designs for the P1800 were presented to Volvo in 1957, Petterson ensured his son Pelle's design was one of them. Since Pelle was working in Italy for Pietro Frau at the time, the design was, technically, from Italy. He didn't mention it was by his son, a 25-year-old from Gothenburg.

Fact 4: Pelle Peterson's design was the one selected out of the four options, and the car went into production. 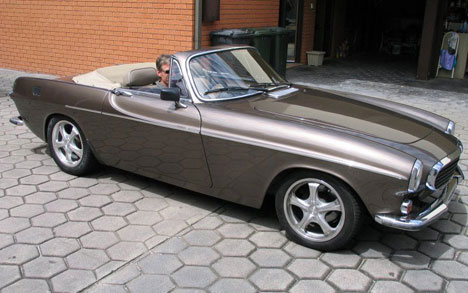 Eventually it came to light that the car was designed by a young Swede—and despite the clear beauty of the design, Engellau was pissed:

The choleric Engellau blew his top, felt he had been hoodwinked and promised that Pelle would never be acknowledged as the car's designer. And indeed many years went by before the truth was made known and Pelle Petterson received the credit he was due for penning one of the world's most attractive sports coupes.

Pelle Petterson went on to become an Olympic medalist in boat racing as well as an award-winning yacht designer. Sure his pops had pulled some strings, but there was no denying that Pelle had talent, and after all, his design was the one picked out of the stack.