Comic books are many things: pieces of artwork, hot movie properties and connections to childhood memories. But comic books are also a product and comic book covers are the product branding. These are six current cover artists who exemplify the aesthetics of good design and product identity.

Wood is an indie favorite writer-artist, currently writing DMZ, Northlanders, and The New York Four. His cover designs are provocative and rely heavily on graphics rather than character portraits (the usual comic book trend). The covers also draw inspiration from graffiti, whether stenciling, overspray or plain ol' social commentary. 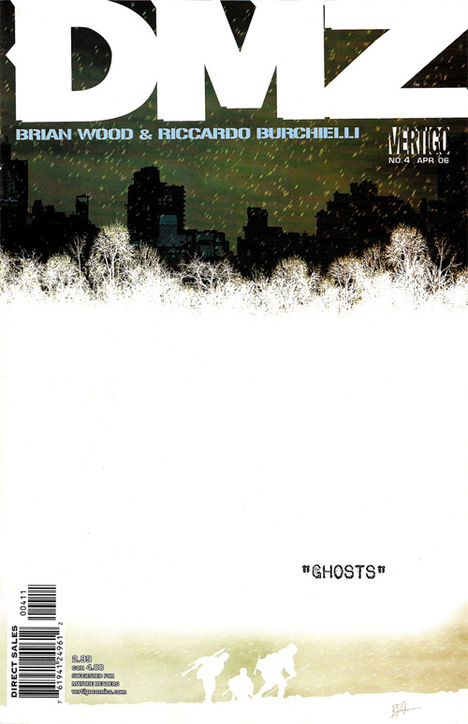 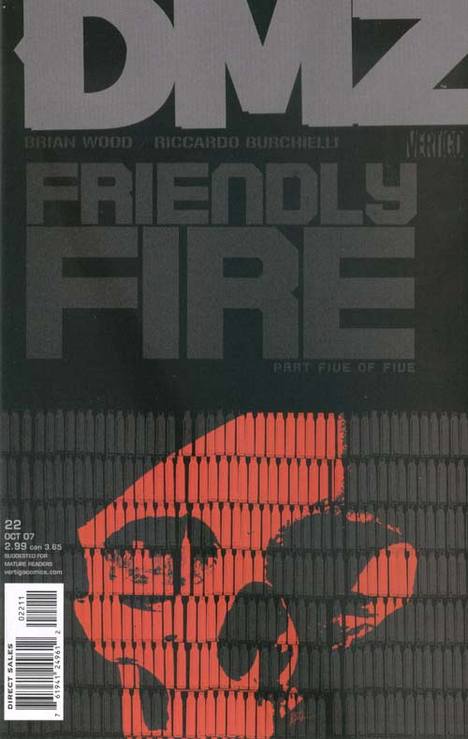 Johnson is a prolific cover artist, most famous for the one hundred covers he provided for the complete run of the critically acclaimed 100 Bullets. Many of the covers were either optical illusions or pushed character portrait to new limits. Johnson also makes great use of type, often making words part of the cover landscape. 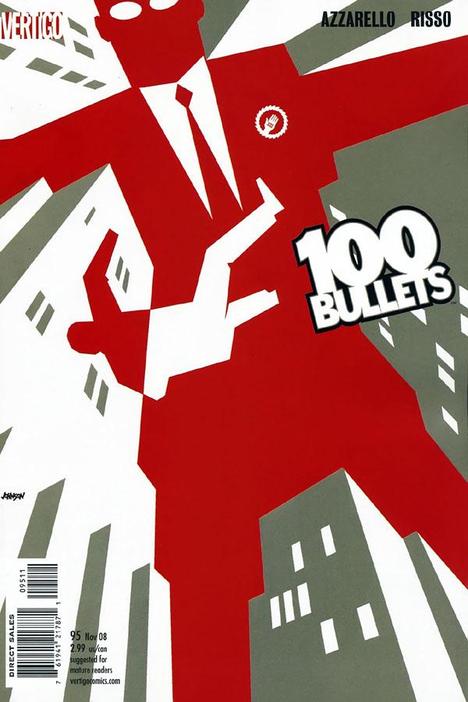 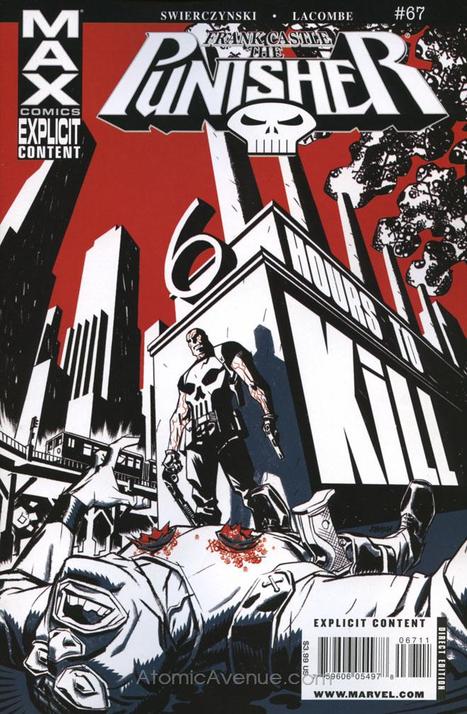 Hughes is a graphic and logo designer and has designed instantly recognizable logos for current runs of Batman & Robin, X-Men, and The Spirit. When WildC.A.T.s—a hyperbolic comic about muscle, guns and shooting—was reinvented as a story about superheroes starting a conglomerate and branding products, Hughes helped to reinvent the product branding of the comic itself. 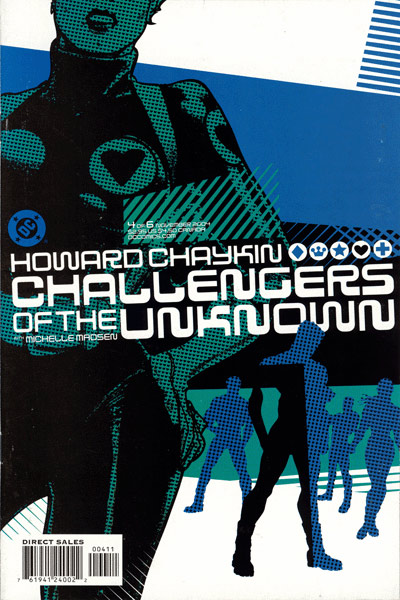 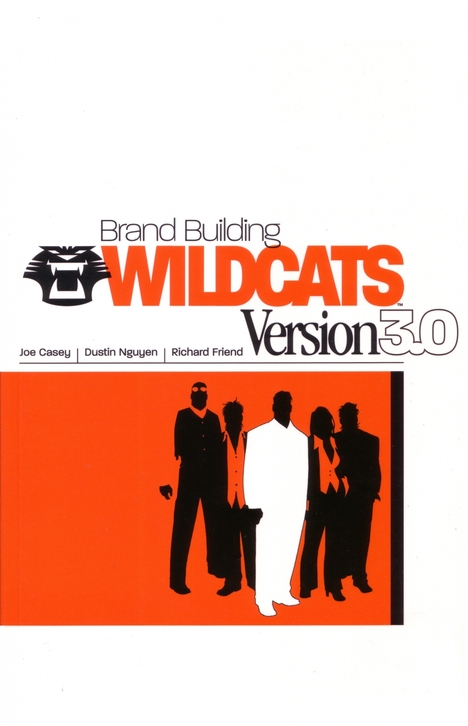 Maleev is best known for his run on Daredevil providing both covers and interior artwork. For the "Decalogue" storyline, in which everyday Joes in a church discuss the impact of Daredevil on their lives, Maleev sculpted the text of the Ten Commandments into icon images involving the title character. The best use is in the second cover, where the colors of Daredevil's legs and the word "your" switch in the overlap. 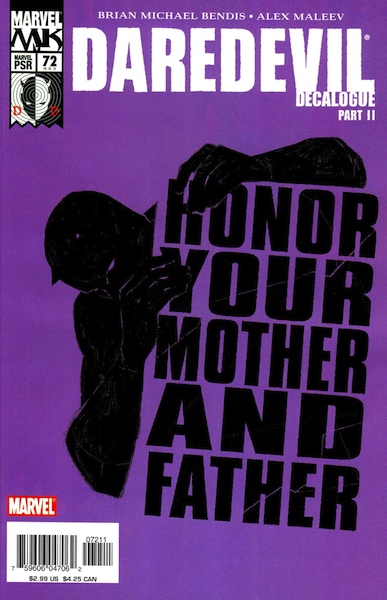 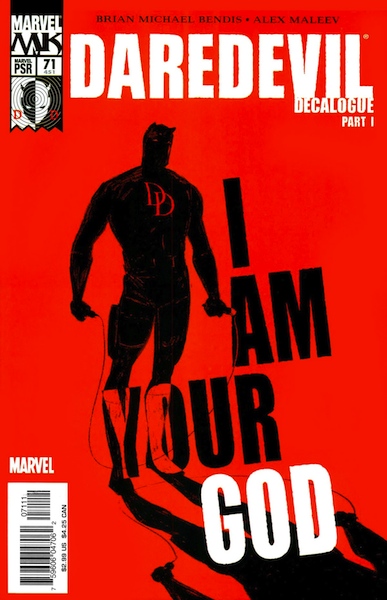 Although Segura of Segura Inc. has only provided covers for Grant Morrison's The Filth, they are wonderful examples of using graphics to make the exterior of a comic as interesting to "read" as the interior. Notice how even the code bar and publisher's logo change positions to better accommodate the cover graphically. 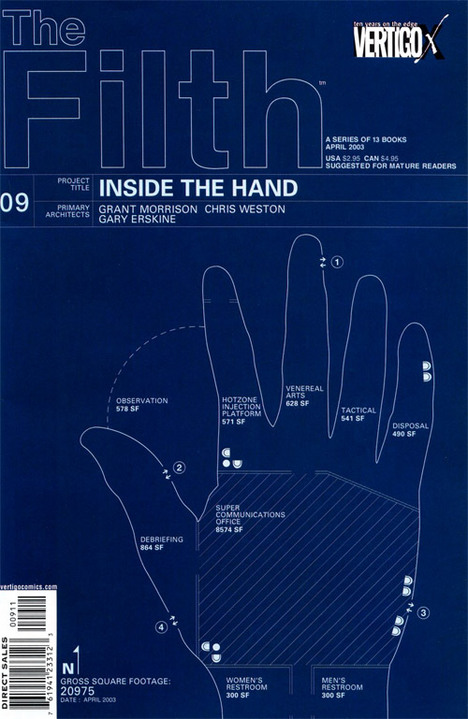 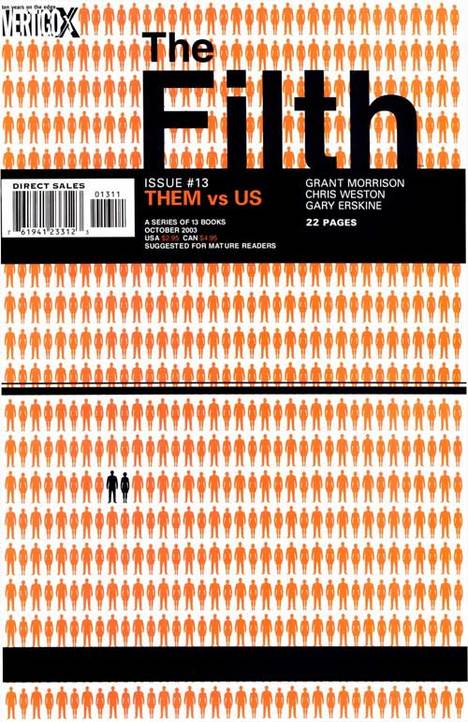 Hutchison is a newcomer to the comic covers world. In these Transformers covers, he matches a bombastic logo with equally explosive black and white graphics. The first cover uses perspective to really put the reader straight into the character's shoes—the perfect selling point for any comic.