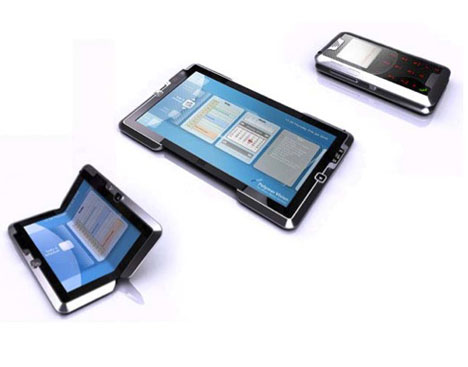 While the Society for Information Display's "Display Week 2011" doesn't sound like the sexiest event, it was at that conference in Los Angeles that a company called Polymer Vision showed off their latest technology: A rollable flatscreen.

Polymer's 6-inch SVGA display is 800x600 pixels and (thus far) just black-and-white, but it can be rolled into a radius of just six millimeters--meaning it would fit around a tube less than a half-inch in diameter. While integration into actual products is presumably a ways off, it's not hard to imagine, say, scroll-shaped iPads in the future.

Europe will presumably get a look at the technology when Polymer Vision travels to LOPE-C, the upcoming Large-area Organic & Printed Electronics Conference, to be held in Frankfurt at the end of June.