As of this morning, the food pyramid that I, for one, was raised on is no longer: the New York Times reports that "[Michelle] Obama, Agriculture Secretary Tom Vilsack and Surgeon General Regina Benjamin unveiled [a] new healthy eating icon at a news conference in Washington." 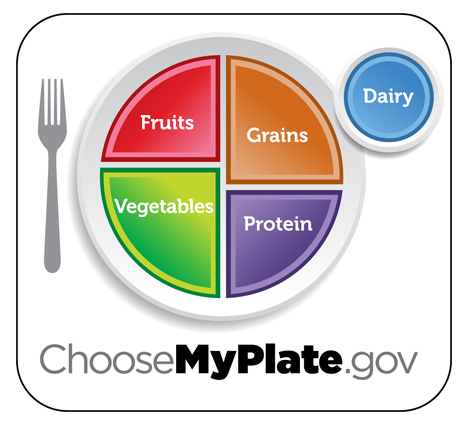 The new design is called MyPlate, forming the veritable centerpiece to Mrs. Obama's anti-obesity campaign. Like it's predecessor—which dates back to 1992, by the way—it is a straightforward graphic representation of dietary guidelines, updated to reflect the latest research.

The plate was created by the Department of Agriculture with input from the first lady's anti-obesity team and federal health officials. The agriculture department said that it conducted focus groups with about 4,500 people, including children, as they developed the new icon. Developing the icon and creating a Web site and other educational materials to go along with it cost about $2 million. That money will also help pay for an educational campaign centered on the plate icon over the next year, officials said. 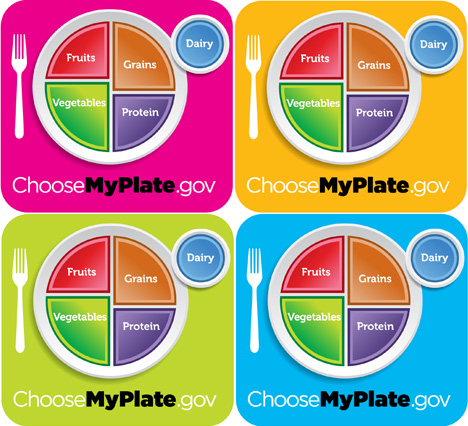 In effect, the new campaign represents a shift from a triangle to a circle... which, insofar as it captures a fundamental goal of graphic design as a mode of communication, is precisely why it is significant. The circle symbolizes a complete whole as opposed to the pyramid, which suggests an incremental, "building up" metaphor for one's diet —a striving towards the fats, oils and sweets at the top, if you will.

One thing I don't like: it's not clear whether the website is "MyPlate.gov" or "ChooseMyPlate.gov"—Typography 101, folks—though the former simply redirects to the latter.