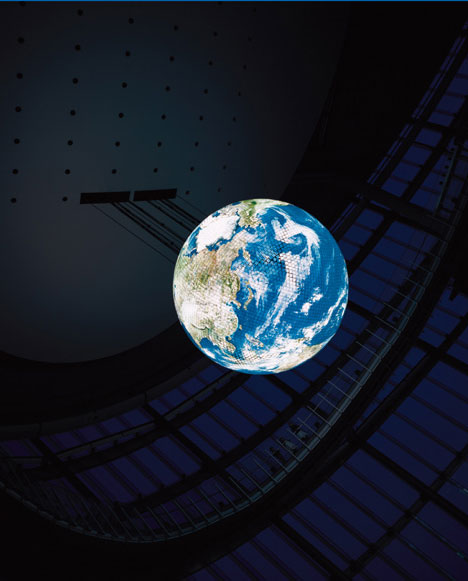 Imagine a disco ball where each mirrored square was actually an LED screen. That's essentially what Mitsubishi has pulled off with their OLED Geo-Cosmos globe, to be introduced at the National Museum of Emerging Science and Innovation in Tokyo. Nearly 20 feet in diameter, it's comprised of over 10,000 OLED displays. 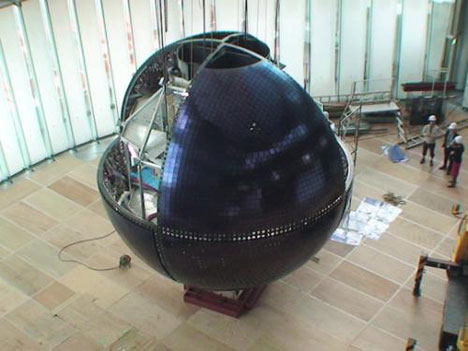 The Geo-Cosmos will be used to display a variety of information about our planet like ocean productivity, temperature change, and sped-up animations of the four seasons; but the coolest will be its plain Earth representation, where it uses satellite data to show images of our planet that change every minute. We've all seen flat images of the Earth from outer space or messed around with Google World, but given that you can now see this in three dimensions, it will provide a view previously available only to astronauts. And even better, perhaps; if you want to see the other side you can quickly cross the room, something you darn sure can't do from outer space. 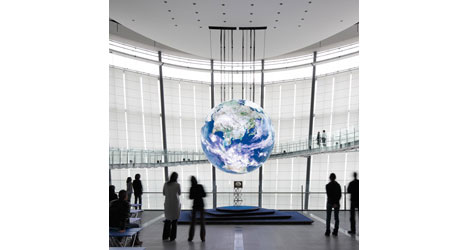 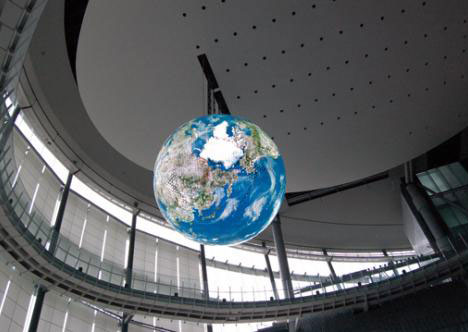