Anyone who has recently moved to New York has probably found themselves face to face with a housing crisis, so to speak, of a very personal sort: the premium on space makes for a very distinct kind of culture shock.

Well, industrial designer William Lee—a recent transplant from San Francisco—decided to do something about it: he's partnered with Manu Garza of architecture and design studio et al. collaborative to "challenge the limitations of urban space." 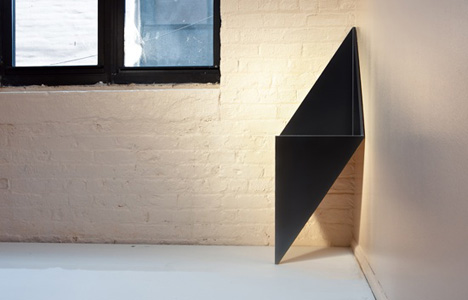 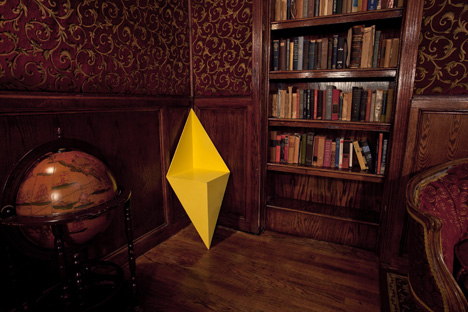 "LEAN" is the first product of their collaboration. It's a simple, geometric shape that functions as a chair (when placed against a corner) or a coffee table when resting on the ground. 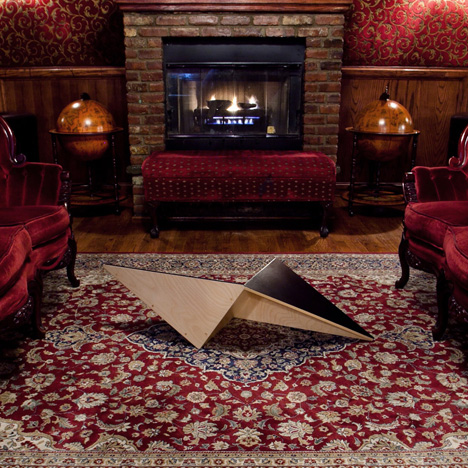 The dual-function piece is characterized by its origami-like form, something like a pyramid that's been cut in half, with one side turned inside out... if that makes sense. 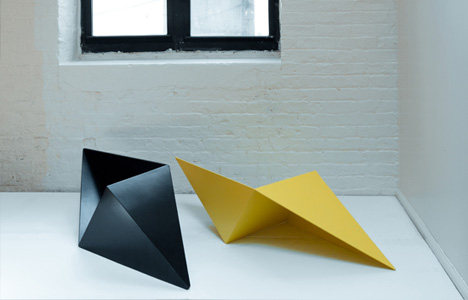 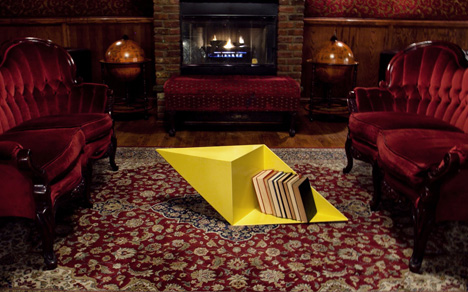 I've seen leaning chairs before—and frankly "LEAN" looks like something I could make with a bit of plywood and spare time—but I'm kind of digging the product photography. Clearly, anyone who might boast such a palatial abode would probably forgo the uncompromising angles of "LEAN." 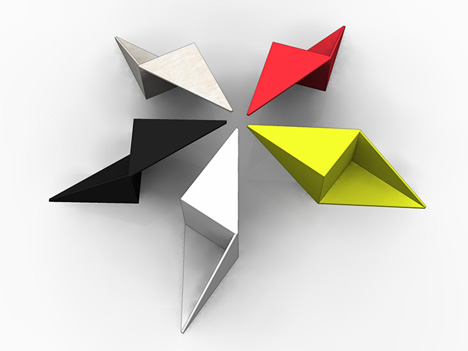 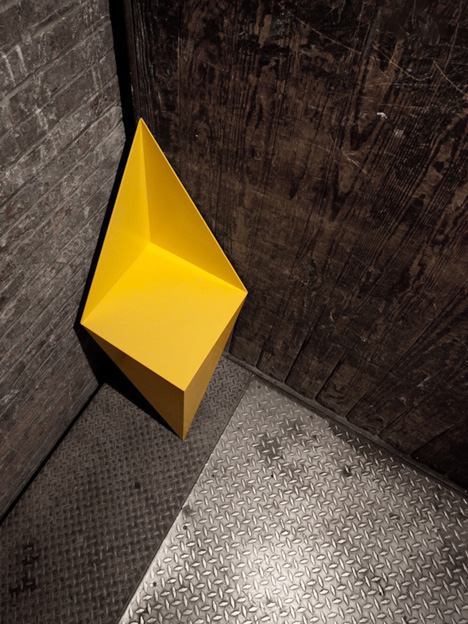