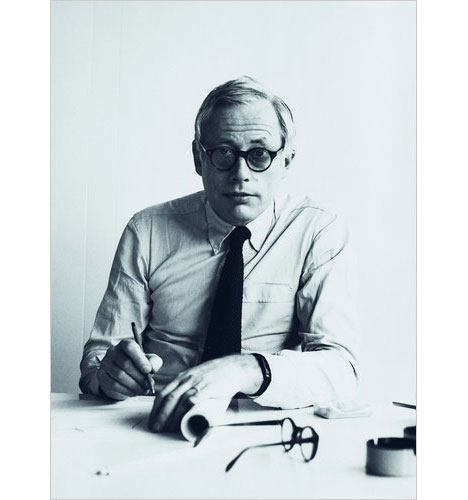 Two years ago we reviewed Less and More: The Design Ethos of Dieter Rams, the thus-far definitive work on the influential Braun designer's work. Now a new book on Rams is coming out, this one delving much further into the nitty-gritty of the industrial design process.

Sophie Lovell's and Klaus Kemp's As Little Design As Possible: The Work of Dieter Rams will not be released until Friday, but the Times' Alice Rawsthorn scored an advanced copy and has written a review indicating that the book casts a detailed eye on our largely unsung processes:

Ms. Lovell's book shines by painting a refreshingly realistic picture of the design process. Books like this often depict designers as omnipotent heroes, but hers stresses the complex web of relationships they must navigate inside the design team and with other factions within a company. There are also gripping descriptions of the microscopic details that must be addressed to create products as accomplished as Mr. Rams' for Braun. Anyone who reads it probably won't look at a switch, edge or corner in quite the same way again.

Something many of us will also be dying to read is the foreword written by none other than Jonathan Ive. Ive details his first childhood encounter with a Rams-designed object, recognizing it as something special and gaining an appreciation for design that has manifested into many of the objects we own today. As soon as the eBook version of As Little Design As Possible is released, I'll be reading it on an iPad.