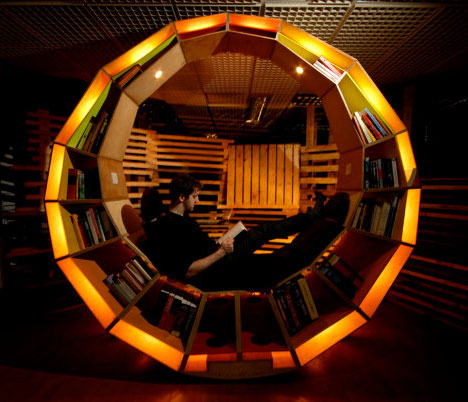 For disseminating products, Ginkgo Studio selling their Greenwall plans on Etsy is one way to go; you sell PDFs of the plans electronically and outsource production to handy consumers. It seems like a good way to use Etsy, electricity, and local lumber sources, and if the popularity of the Greenwall takes off, you can have many of them made all around the world without having to ship a lot of boxes and emit a lot of carbon. 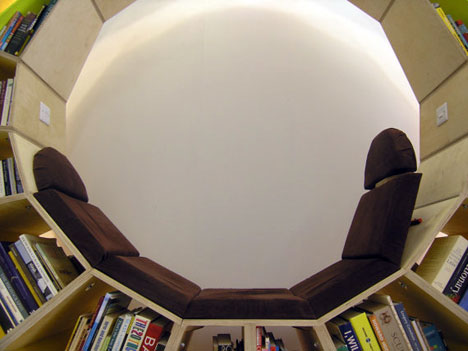 An interesting project that is rather the opposite of Ginkgo Studio's take is Etsy user Ifsodoso (wasn't that a Led Zeppelin album?) and his Long Form Library. The gargantuan furniture piece is so large that we thought for sure it would better lend itself to plans being sold, but Ifsodoso's selling it as a one-off for US $9,500, with shipping outside of the UK for $500. 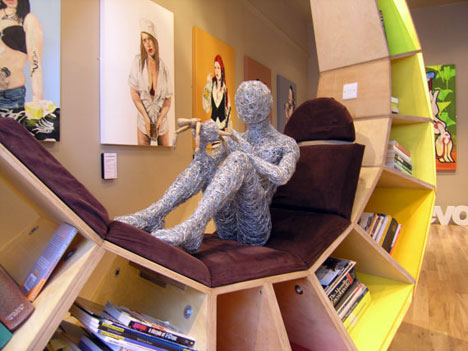 The self-contained library was designed so that individual modules would fit through standard-sized doorways, and the buyer then bolts it together. Even if I had the space or bread for a piece like this, I could never own one since I have pets—the piece is designed to allow "steady gentle rocking," and having dogs that like to sleep under things make this a no-go.