Steve Jobs' Forecast for the Future of Computing: Mostly iCloud

Earlier today, while we were busy lionizing Dieter Rams, Steve Jobs took the stage at Apple's annual WWDC to announce updates to their OS and the next step towards mobile computing. (In fact, there were no hardware updates to speak of... though rumor has it that the next generation iPhone will be unveiled in September.) Instead, Jobs and co. focused on new developments of the purely digital vein: the new OS X Lion, iOS 5 and the much-anticipated iCloud.

While Lion includes many ostensibly minor updates to features that Apple introduced in the past few iterations of OS X, the new operating system also marks the evolution of their multi-touch approach to user interface. (I personally have found that I can't live without the "Quick Look" feature from Snow Leopard and I'm curious as to which, if any, of the new features might achieve essential status...)

iOS, on the other hand, looks to a PC-Free future, with wireless syncing, Notification Center, iMessage (a direct competitor to BlackBerry's BBM service), deeper Twitter integration and, of course, iCloud integration. 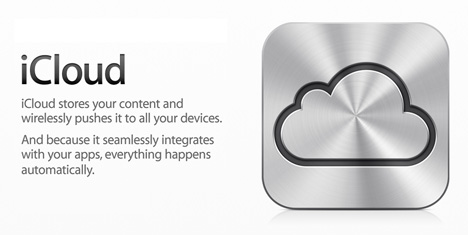 Indeed, Apple's latest foray into cloud computing is intended to be "so much more than a hard drive"—not to mention more than their previous (paid) cloud service, MobileMe—with automatic App- and file-syncing across devices, including a new service called iTunes Match, Apple's answer to similar services offered by Google and Amazon. iCloud will be free (with some exceptions) and, if Apple has their way, will set the gold standard for online data storage.

Obviously, there is much more to the operating systems and iCloud than a brief recap would allow—check out Apple's site for more details and the full-length video of the keynote.

Steve Jobs' Forecast for the Future of Computing: Mostly iCloud