Buildings We Love: Centrale & B018 by Bernard Khoury 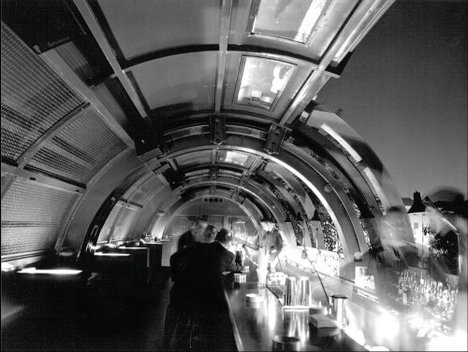 It blew my mind the first time I saw Centrale and B018 by Bernard Khoury. It was a perfect example of how design can really affect not just your experience of life, but your perception of what design can be. I'm a concepts guy; form is almost secondary to a killer idea. In these projects, Bernard Khoury takes the idea of a restaurant and a nightclub and just knocks it out of the park. 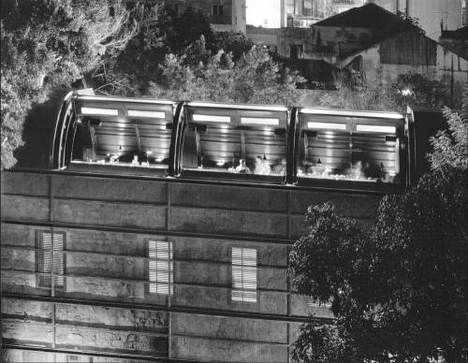 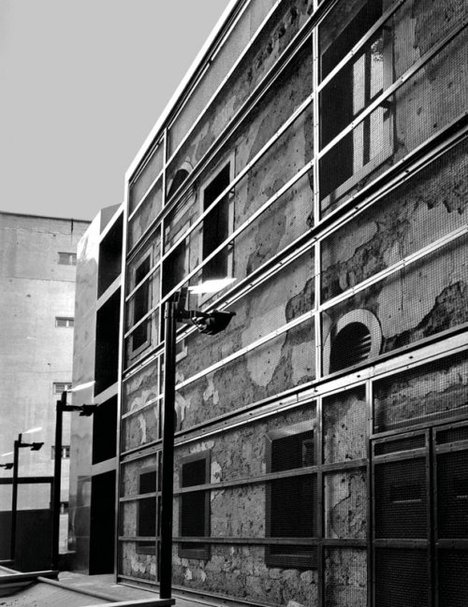 Built in 2001, Centrale preserves a 1920's historical structure in the center of Beirut, at the same time revitalizing the building with new life. The structure's decaying outer shell is left to the ravages of time, behind a metal mesh skin. The real sense of wonder, though, is the division of the interior volume: a restaurant downstairs and a bar suspended above. 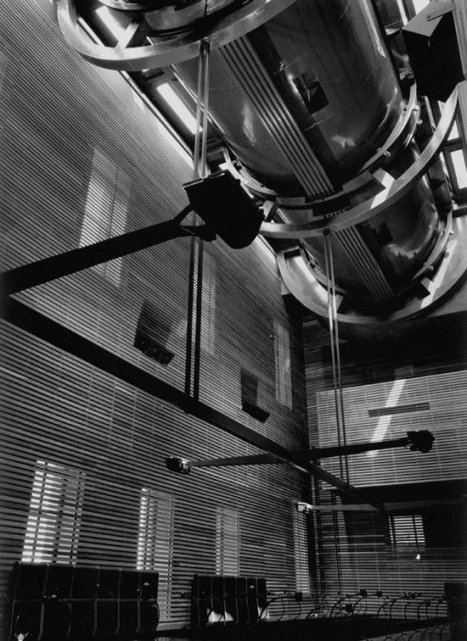 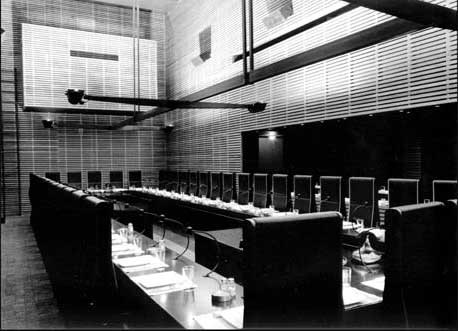 In the lower restaurant, waitstaff are "trapped" in the middle of an enclosed centerpiece servery table, with only staircase access to the kitchen below. Meanwhile, the cylindrical bar—which features a rotating roof that opens to the night sky—dangles over the heads of the restaurant patrons. 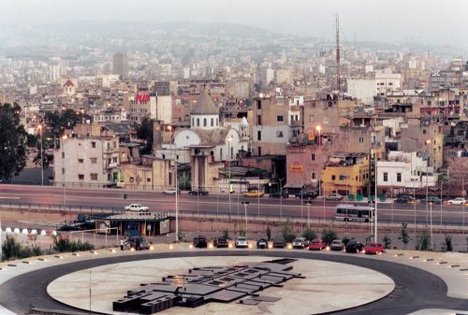 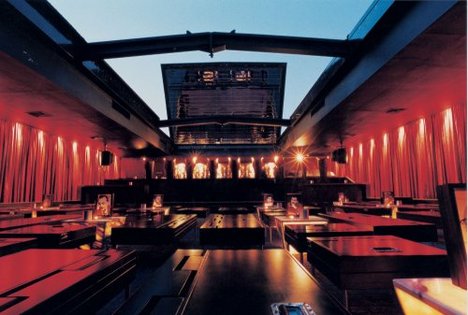 Completed in 1998, B018 is a Beirut nightclub housed in an old military underground bunker. When in use, the blast doors open up to expose the entire dance floor to the night. Khoury's exploration of duality and transformation in both of these structures is the defining characteristic of his architectural practice.

Buildings We Love: Centrale & B018 by Bernard Khoury