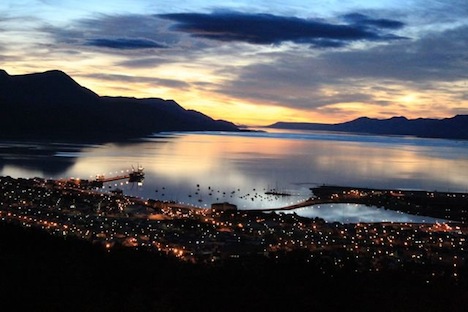 Today, June 8, is World Oceans Day. Around the world there are events happening in classrooms, businesses, parks and beach fronts to create awareness of the role oceans play in our daily lives.

To mark the occasion, I'm not inviting you to participate in an event for just a day. Over the next few weeks, I will be sharing a series of experiences from my time living in the Southern Ocean and Antarctica last March.

Our role as designers, the ultimate storytellers, in saving Antarctica is paramount. Piles of plastic would not be floating in the Ocean if such products had been designed in a closed loop. Aerosols wouldn't have opened up a hole in the atmosphere if manufacturing processes were designed more responsibly. Business propositions to exploit the natural resources in the poles would not exist if energy efficiency and better sources of energy were more broadly used.

Designers have a time and a place to engage: The time is now and the place is your own community. You don't need to live in Antarctica to contribute. 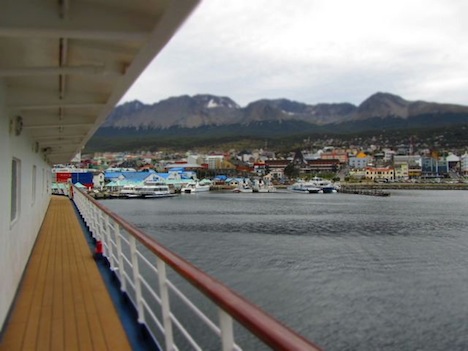 Departing the Port of Ushuaia aboard the MV Sea Spirit.

The ultimate goal for this series, Becoming an Antarctican, will be to share with you the idea that Antarctica IS part of the 'real world.' The continent belongs to no one; at the same time the shape of humanity itself would be different without Antarctica.

There lies the lesson, and the warning flag. Since childhood, when presented with a map of the world, we have been programmed to look at Antarctica politically, with limits and borders. The reality couldn't be more distant: our actions are not limited by that mental delineation of a sandbox. Massive sandstorms don't hold in line before crossing the border, neither do the great migrations of many species on the planet. It is proof that life is motion, just like the blood in our veins, the air we breathe and the smallest electrical impulses that move inside our brains. By the same token, pollution (even outsourced manufacturing pollution), oil spills, radiation and the degradation of the atmosphere move around the world.

On a personal level, it was easier to take the full experience of Antarctica by understanding myself as a co-habitant of the planet first, then as human. By transforming the view of towering glaciers into the ultimate repository of knowledge, I began to understand them as the encyclopedia of the planet melting away by our reckless undoing in the Anthropocene. 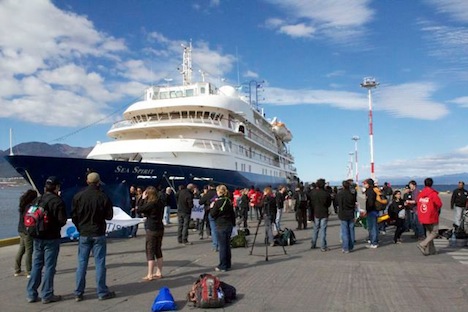 Departing to Antarctica, from Ushuaia in Argentina, wasn't only taking off on a cruise ship. For me, it was letting go of all things human and going into a place where I had no reference point, no anchor and no set expectations.

French Nobel Prize Winner, André Paul Guillaume Gide once said that "One doesn't discover new lands without consenting to lose sight, for a very long time, of the shore."

Here is where we are: Are we ready to lose sight and discover new lands?

For me, the added adrenaline kick was the Drake Passage, which ultimately set the slate clean for the journey ahead... 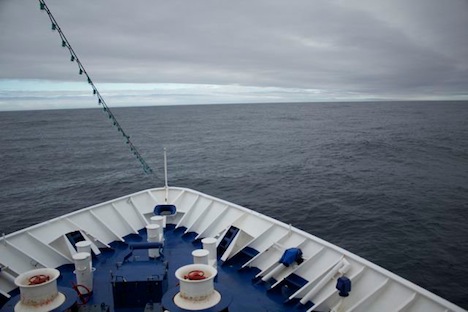 Into the Drake Passage 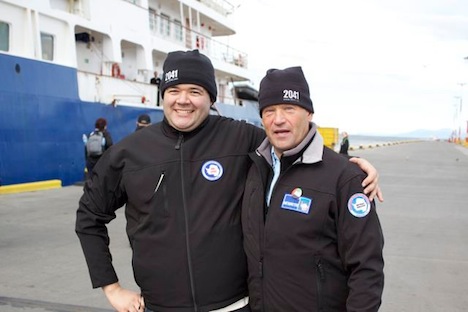 Arturo Pelayo with Sir Robert Swan, OBE. The first man in history to have walked the South and North Poles. '2041' is the organization that Sir Robert Swan started. At it's core mission is the preservation of Antarctica and the extension of the moratorium on the exploitation of natural resources from the continent. Such moratorium expires in the year 2041.