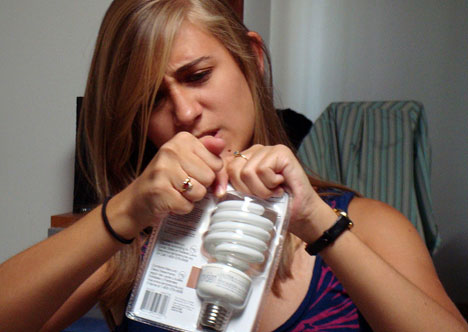 There are stand-up comics who do entire routines about trying to get a clamshell package open, and a couple of months ago we Tweeted a link to Quora's "What is the worst piece of design ever done?" query, to which the most popular answer was Anita Schillhorn's response:

Plastic clamshell packaging. Design should help solve problems. This packaging attempts to solve the problem of theft, but creates new problems that are far worse, principally irritating your own customers. It's been the cause of thousands of emergency room visits, and there's even a Wikipedia-approved term to describe the frustration you feel when confronted with an unrelenting piece of plastic between you and your product: Wrap rage.

It's no surprise that Procter & Gamble's Be Green Packaging was a Diamond Winner in the 23rd DuPont Packaging Awards. 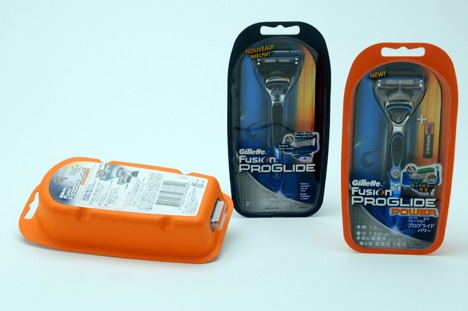 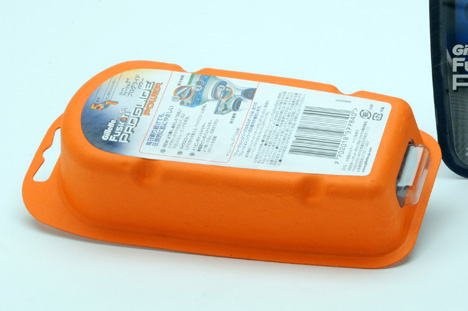 In its new design, packaging for Gillette Fusion ProGlide moved away from a clamshell approach and opted instead for a formable pulp tray made of renewable bamboo and bulrush fiber-based material. This new package pushed the boundaries of pulp trays, reducing both cost and material weight. Additionally it is much easier to open, making it popular with consumers. The graphics strongly reinforce the product's brand identity and support great shelf appeal.

P&G's pulp and fiber design hits two marks, one for sustainability, and one that means we'll never again literally shed blood when opening a package of safety razors or similar.