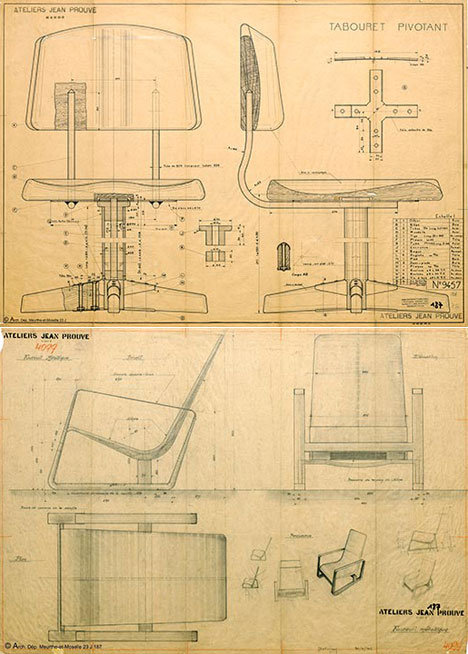 The 20th-century French designer Jean Prouvé was an early supercreative, a metal worker who taught himself architecture and design. In the early 1920s, when he himself was in his early 20s, he formed the first of a string of workshops, the best-known of which was his eponymous atelier opened in 1931. In the 1940s he was studying aluminum, building sheds out of it and sending them to Africa. In the 1950s he developed the Maison Tropicale, the first flatpack house, designed to be shipped to tropical climates. 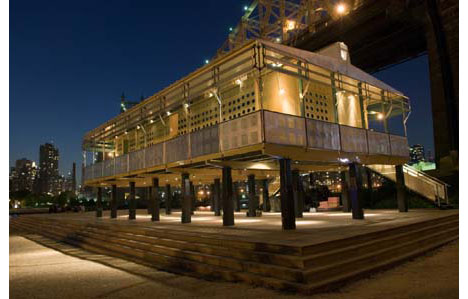 In a fascinating article, Vitra Magazine interviews Prouvé's daughter Catherine, who reveals the designer's unusual test group for his designs: His family."We were like a family of guinea pigs," laughs Catherine Prouvé....

"We spent one summer all together in one huge tent that father had designed for just that occasion. But at the end it probably did not pass the four-week testing, as it was never developed into a product and the next year my mother was given a camper," she recounts. Some years earlier, the family had even tried out one of the inventor's prefabricated refugee houses: "It must have been in early June of 1946 when a flatpack of a house was placed on a train and taken to Brittany, where mother awaited the delivery. She had left a couple of days earlier to scout an appropriate spot, where the house could be installed for the length of one summer. By autumn it was disassembled once again, sold and shipped to the new owners."

Read the full article (and see a slideshow of Prouvé's work) here.